Founded by Sarah Schenirer as a way of combating assimilation among her contemporaries, Bais Ya’akov is an Orthodox Jewish educational movement for girls and young women that began in Cracow, Poland in 1917 and spread rapidly throughout much of the Ashkenazic Jewish world.

Since the commandment of Torah study is not incumbent on women, there had not been a tradition of formal schooling for girls within the Jewish community. Instead, they were trained at home, usually by their mothers and other female relatives, for the largely domestic roles they would be fulfilling as adult Jewish women.

By the second half of the nineteenth century, as economic conditions in Eastern Europe deteriorated, partly due to the rise of yeshivot for men, there arose an economic need to send girls to school to acquire the linguistic and vocational skills necessary to support a family. There was also pressure by governmental forces to educate Jewish children in non-religious venues.

As a result, many observant Jewish parents began to send their daughters to non-Jewish and sometimes even Catholic schools, where they were often influenced by anti-traditional cultural and social trends, including a nascent form of feminism. This exposure caused many of them to question and even abandon the traditional structures of family and community within which they lived. In 1903, at a rabbinical conference in Cracow, a suggestion was made to establish Orthodox schools for girls, in order to keep them “within the fold,” but this suggestion was rejected as being too radical an innovation.

It took fourteen years, World War I and a courageous and dedicated seamstress–Schenirer–to change the situation. During the war Schenirer lived in Vienna and was influenced by the Western European movement known as Neo-Orthodoxy, whose founder, Rabbi Samson Raphael Hirsch (1808-1888), had started schools for girls in Germany in the nineteenth century.

Upon her return to Poland she began to organize lectures and a lending library for women. Realizing that, in order to be effective, educational activity would have to begin at a much earlier age, Schenirer opened a kindergarten with twenty-five pupils. She received the blessing of the Belzer Rebbe (Issacher Dov of Belz, 1845-1927) for her endeavor, although he added that daughters of Belzer Hasidim would be forbidden to attend.

The movement grew, its major power base being the Gur branch of Hasidism. The head of the yeshiva in Radun, Lithuania, Rabbi Israel Meir Ha-Kohen (1838-1933), better known by the title of one of his major works, the Hafez Hayyim, gave rabbinic approval to the deviation from tradition represented by the establishment of girls’ schools within the Orthodox community. He saw this as a way of strengthening the traditional observance of girls in the face of changing social conditions. By 1921 the movement was adopted by Agudat Israel in Poland as its educational arm for girls and women.

How the Movement Spread

The rapid growth of Bais Ya’akov, spreading throughout Europe, North America and Palestine, can be attributed to the dedication of its teachers, the financial and moral encouragement it received from various sectors of the Jewish population, and the fact that it met what was felt as a real need of the community. By the end of the 1930s, on the eve of World War II, there were some two hundred and fifty schools in the network, with over forty thousand pupils.

The name of the movement, “House of Jacob,” is a Midrashic reference to the women of Israel, taken from the Biblical verse referring to the moment of revelation at Sinai, “thus shall you say to the house of Jacob and declare to the children of Israel” (Ex. 19:3). To this, the medieval Biblical commentator Rashi adds: “house of Jacob–these are the women” Some of the opponents of the movement, fearing it to be too threatening a departure from tradition, disparagingly called it “House of Esau.”

The movement grew to include many types of institutions: supplementary (afternoon and weekend) religious schools for girls who attended non-Jewish schools during the day; all-day schools where the pupils were taught both Jewish and secular subjects; teacher training seminaries, the first of which was established in Cracow in 1924; a publishing house for textbooks, other educational materials and a monthly journal in Yiddish; summer camps, youth clubs (“Batya” for girls and “Bnos Agudat Israel” for teenagers) and international conferences for Jewish women (the first Bais Ya’akov conference was held in Warsaw in 1924).

In the teacher training programs much emphasis was put on modern pedagogy. Although, as part of Agudat Israel, the movement took a non-Zionist stance, there were even hakhsharot–preparatory training centers for young women who wanted to settle in Palestine. In some of the larger cities the schooling extended through high school, offering business and vocational training.

In Eastern Europe the language of instruction in the movement was Yiddish, with some exposure to Polish and German language and literature. The curriculum in Jewish studies included Bible and traditional commentaries, Jewish philosophy, moral and homiletical literature and those laws incumbent on women, but it stopped short of Mishnah (except for Pirkei Avot) and Talmud.

Secular subjects were taught through the prism of religious faith. Much emphasis was placed on hiring women teachers who had a strong educational background and who could serve as role models for their pupils. The ultimate role model was Sarah Schenirer herself. A sophisticated system of stories, symbols, songs, slogans, rituals, and so on, was used to bolster Bais Ya’akov as a social movement and give legitimacy to the innovation it represented.

In addition, under the influence of Agudat Israel, which brought in both male and female administrators with modern training from Western Europe, including Dr. Judith Grunfeld (née Rosenbaum, 1902-1998), the Bais Ya’akov movement combined modern forms of instruction with traditional content. New buildings were state-of-the-art and pedagogical methods were contemporary, but the content remained strictly traditional.

Bais Ya’akov teachers taught girls not only the specific prayers and duties which Jewish women were expected to know but presented secular subjects as if they, too, were part of Judaism. Literature was a venue for teaching the values of Jewish living, the wonder of God’s creation was the underlying theme for science classes and the study of German was deemed necessary for studying Hirsch’s biblical commentary in its original language.

By the early 1930s, with the establishment of the country’s first Bais Yaakov in 1934, the movement spread to Mandatory Palestine. There, the language of instruction was Hebrew, rather than Yiddish, for two instrumental, rather than ideological, reasons: in order to better prepare the girls to enter the labor market and in order to be able to absorb pupils from Sephardi and Oriental backgrounds.

In Palestine and later in the State of Israel, therefore, the appropriate name would be Bais Ya’akov. Centers were established in Tiberias and Jerusalem and later in other cities. In 1937 the first school was set up on American soil of what generally came to be known as the Beth Jacob schools, which today also exist in Britain and Western Europe, South Africa, Australia and South America.

After Schenirer stepped down as titular head of the movement in 1933 she was succeeded by a German Neo-Orthodox academic educator, Dr. Leo Deutschländer (1888-1935). In the 1940s the world head of the movement was Po’alei Agudat Israel ideologue Rabbi Yehudah Leib Orlean, who perished in the Warsaw Ghetto.

The leadership shift from a woman to men and from Western to Eastern Europe is significant in terms of the ideological direction the growing movement took. While its growth clearly was arrested during the Holocaust, there are impressive stories–both historical and apocryphal–of the heroic behavior of students and teachers in the face of Nazi persecution.

In the United States, Bais Ya’akov or Beth Jacob schools were developed by Orthodox Jews who had immigrated during and after World War II. Supported by Agudat Israel, the first American Bais Ya’akov school was an elementary day school established in 1937 in the Williamsburg section of Brooklyn; there also were after-school Bais Ya’akov programs for girls who attended public schools.

Following the European model of training its own teachers, Bais Ya’akov established a seminary in 1945, a parochial high school in 1948, and another high school in Borough Park in 1958. Schools spread from Brooklyn to Washington Heights and the Lower East Side, with a curriculum of Bible, Jewish history and Jewish laws and customs. By the early 1960s there were eighteen Bais Ya’akov elementary and secondary schools, all but two in New York.

Had the natural life cycle of the movement not been truncated by the horrors of the Holocaust, the somewhat proto-feminist trends present in the 1920s and 1930s might have developed in interesting ways. The educational ideal of the Bais Ya’akov girl was an Orthodox Jewish woman, married and the mother of children, who nevertheless developed a career outside the home and continued being involved in Torah study and the fulfillment of mitzvot, commandments, and good deeds.

The economic necessity of work outside the home seemed to give way to a more positive view of work as something to be affirmed in and of itself. The kinds of occupations for which the girls were trained– including teaching, secretarial work, bookkeeping and, later, even medical and legal secretaries–were held up as models. Academic degrees were generally frowned upon, even in the U.S.

After World War II, the world center of the movement shifted to Israel, where the movement has grown to encompass 15,000 students in over 100 institutions. There is some variation among the schools in the different cities in Israel, for example with regard to their openness to preparing pupils for the Ministry of Education matriculation examinations at the end of high school.

In less traditionally religious areas such as Haifa, a fear exists that parents might choose not to send their daughters to these schools if they did not offer the option of taking the examinations. In more conservative communities, such as Jerusalem and Bene-Berak, where no such fear exists, the schools unequivocally do not prepare for the Bagrut (matriculation exam).

The network of Bais Ya’akov schools throughout the world has come to be associated with uncompromising standards of modest dress and ritual practice. In recent years, tensions have been felt between the Ashkenazi and Sephardi ethnic elements in the schools in Israel, with the claim being made that the Sephardi pupils are less strict in their religious practice. Similar tensions exist between the daughters of Hasidim and Mitnaggedim, generally over differing degrees of openness in dating and courtship patterns. These tensions often reflect developments in the Israeli political arena.

In 2005, the seventieth anniversary of Sarah Schenirer’s death, the Central Bais Ya’akov of Jerusalem (known as “the Mercaz”) established an archival repository of documentation from the early years of the Bais Ya’akov movement. 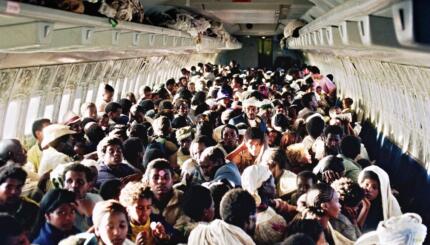 A Glimpse into the English Charedi School System

The school was on a residential street in North West London. From the outside it was unremarkable, but the atmosphere ...

History of Jewish Schooling in America

Jewish education in America, from colonial times to today