Tucked in the back of Seder Nezikin in most editions of the Talmud is a mysterious series of books collectively referred to as Masekhtot Ketanot, the “Minor Tractates.”

Though classified as a unit, these minor tractates include material from a variety of genres produced over several hundred years. One of these volumes is Avot d’Rabbi Natan, a sort of companion volume to Pirkei Avot.

Like its better-known cousin, Avot d’Rabbi Natan consists largely of maxims that cover the proper approach to Torah study, common human courtesy, and other life advice. For the most part, the instructions seem directed at those who pursue the rabbinic life of Torah study and discipleship. Many of the sayings recorded in one of the books appear also in the other. As in Pirkei Avot, the rabbinic statements of Avot d’Rabbi Natan are ordered by generation, beginning with those attributed to the first rabbis, and continuing through each generation of disciples.

Unlike Pirkei Avot, however, Avot d’Rabbi Natan rarely simply presents an aphorism, but instead adds long commentaries and expansions on these statements. For example, both books record Hillel’s exhortation, “Be of the disciples of Aaron, loving peace and pursuing peace, loving humanity and drawing them to Torah.” In Pirkei Avot, this statement stands on its own (1:12). In Avot d’Rabbi Natan, Hillel’s comment sparks a multi-page meditation on Aaron’s humility, the power of peace, and techniques for stopping quarrels.

Given the textual parallels between Pirkei Avot and Avot d’Rabbi Natan, it is clear that the two books are related. But what, precisely, is the relationship? Some scholars have described Avot d’Rabbi Natan as a commentary on Pirkei Avot written soon after the original. Others have suggested that Pirkei Avot is a distillation of the wisdom of the longer volume. Still others believe that the two texts originated with the same source, but then developed on parallel tracks.

In its style, Avot d’Rabbi Natan has more in common with midrash than with any other genre of Jewish text. Like midrash, this work tends toward creative exegesis that elaborates on texts through parables, stories, and the innovative interweaving of biblical sources. For example, a short rabbinic statement about responsibility toward the poor, included also in Pirkei Avot 1:5, prompts a narrative that attempts to explain the biblical story of Job:

“Yosef ben Yohanan of Jerusalem says: Let your house be opened wide, and let the poor be members of your household”. . .Job’s house was opened to the North and South, East and West, for Job used to say: From whatever direction a person comes, let that person enter from there, as the Torah says, “I have opened my doors to the wayfarer (Job 31:32).” Job began to say, “I did not act as others. Others eat fine bread and feed the poor coarse bread. Others wear clothes of wool and dress the poor in clothes of sackcloth. . . I fed the poor from what I was eating and dressed the poor in what I was wearing”. . .Job began to praise himself, saying, “What did our father Abraham do that I did not do?” God said to Job, “How far will you go in self-praise? If the poor did not come into your house, you did not pity them, but Abraham did not act in this way. Rather. . .he went and sat at the door of his tent, as the Torah says, “As he sat at the door of his tent in the heat of the day (Genesis 18:1).” (Chapter 14)

Here, the text uses Yosef ben Yohanan’s brief statement about the necessity of opening one’s door to the poor as a means of grappling with the theological problem of the book of Job, which tells the story of a seemingly-righteous man whom God tests with severe punishments. Through the comparison of verses from two different biblical books, Avot d’Rabbi Natan suggests that Job failed to do everything possible to welcome the poor, and ultimately was punished for his hubris in comparing himself to Abraham, the exemplary host.

Stories of the Sages

In addition to rabbinic statements and midrashic expositions, Avot d’Rabbi Natan contains a significant amount of narrative material. Here, we find a long account of the siege and destruction of Jerusalem, Yohanan ben Zakkai’s daring escape from the city, and the establishment of a new center for Jewish learning in Yavneh, a city to the north. This mode of sustained narrative stands in sharp contrast to early rabbinic texts, which favor terse stories.

Hillel and Shammai, two well-known and perpetually quarreling rabbis, play prominent roles in Avot d’Rabbi Natan. Here, as in talmudic stories about these characters, Hillel is patient and lenient, while Shammai is strict and easily irritated.

In one story, a man comes to Shammai asking to be converted on the condition that Shammai make him a high priest. Shammai responds, “Don’t we have anyone in Israel to make a high priest rather than this proselyte?” and dismisses the man. The man then approaches Hillel with the same request. Rather than rebuke him, Hillel suggests that this man begin studying the biblical laws of the priesthood. As he learns about the difficulties and dangers of the priesthood, the man abandons this ambition but commits himself to conversion. In a final rebuke to Shammai, the man comments, “Your impatience, Shammai, almost made me remove my soul from the life of this world and of the world to come; and your patience, Hillel, made me worthy to inherit the life of this world and the life of the world to come (Chapter 29).”

In addition to its many quotable and inspiring statements, Avot d’Rabbi Natan contains a significant amount of material that is more difficult for contemporary Jews to stomach. Roughly a chapter and a half of the work is devoted to the (male) rabbis’ thoughts about the nature of women. Just a taste:

Perhaps the best that we can say about these misogynistic texts is that they shed light on the worldview of third century rabbis, but as aggadah (narrative), have no direct legal force.

Scholars have been keenly interested in Avot d’Rabbi Natan. An 1887 edition published by Solomon Schechter was the first ever critical/academic edition of a rabbinic work. Based on a study of all of the manuscripts available to him, Schechter proposed the existence of two similar, though distinct, versions of this text, which he designated “Version A” and “Version B.” (All of the citations in this article are from Version B.) The two versions offer different perspectives on certain stories and sayings, and each includes material not found in the other. Later scholars, who have found additional manuscripts, have suggested the existence of more than two versions of Avot d’Rabbi Natan. Still, Schechter’s classification remains the dominant means of dividing and referring to this text.

In addition to the question of the relationship among the various versions of Avot d’Rabbi Natan, a number of other textual issues have puzzled scholars of this text. First, who is Rabbi Natan? Midrashic books often take their name from the first rabbi mentioned in the text. Midrash Tanhuma, for instance, is so called because Rabbi Tanhuma appears in the first few lines of the collection. While Rabbi Natan does appear in Avot d’Rabbi Natan, he is neither the first nor the central character. Some have thereby speculated that an early version of the text may indeed have started with a statement by Rabbi Natan. Others suggest that Rabbi Natan may have been among the editors of the work.

The dating of the text has similarly perplexed scholars. Since all of the rabbis mentioned in this work lived before the third century of the common era, some have dated the text as early as 160 CE. Others, noting that Avot d’Rabbi Natan remains outside of the talmudic canon, have placed the text as late as the seventh or eighth century. Still others take a middle position, suggesting that the core of the text dates from the third century or earlier, but that the final redaction took place in the sixth or seventh centuries.

These scholarly puzzles, the richness of the text’s stories and interpretations, and even its most problematic passages all make Avot d’Rabbi Natan a compelling read for those looking for a next step after studying Pirkei Avot. 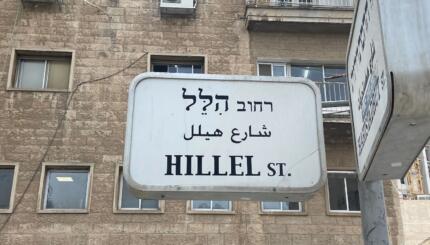 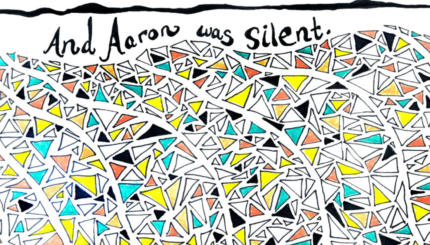 Why Communication Is at the Core of Community

It’s easy to view those who share a different perspective as an enemy. But Jewish tradition pushes us to see something else.