Following the death of his beloved Sarah, Abraham wed a second time. The Torah records it this way, “Abraham took another wife, whose name was Keturah” (Gen. 25:1). It is the Torah’s style only to add detail when necessary. Otherwise, it is up to the reader to discern the import of the Torah’s cryptic statements. In this case, there is no extensive discussion or lengthy debate. There is no explanation of Keturah’s lineage. Some suggest that she was Hagar. Others say that she was a different woman entirely.

Taking his lead from a variety of rabbinic sources, the great commentator Rashi boldly suggests that Keturah is Hagar: “She was called Keturah because her deeds were as pleasing as incense and because she tied up her opening [explanations emerging from two rabbinic folk etymologies on her name]; from the day she left Abraham, she did not couple with any man.”

Targum Yonatan, an Aramaic translation/commentary that is attributed to Yonatan ben Uziel, makes an even stronger statement to suggest that she was Hagar: “She was Hagar, who was bound to him from the start.” Perhaps she was indeed Hagar and perhaps Hagar was a woman of color. Some segments of the African American community, particularly women, have claimed Hagar as their own.

Other commentators rejected the notion that Keturah was Hagar. But none questioned the legitimacy of the relationship between Abraham and Keturah. And that seems to be the most important lesson of this marriage. Keturah is a Cushite woman [of another religious background] (Numbers 12:1), a woman of color. Even the Rabbis who debate her identity have no argument here. They acknowledged long ago that there is room in the tent for all those who seek to enter it. 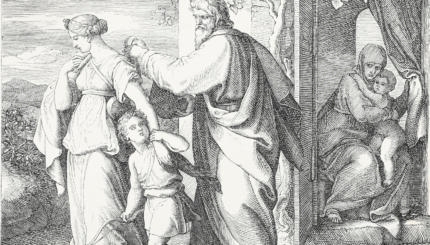 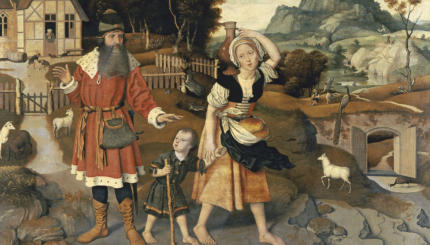