American Judaism had actually been gaining strength since the late 1930s, partly as a form of spiritual resistance to Nazism and anti-Semitism. Now with the war over, the nation as a whole turned increasingly toward religion — a response, some believed, to wartime horrors and to the postwar threat from “godless” Communism.

“One of the most significant tendencies of our time has been the turn to religion among intellectuals and the growing disfavor with which secular attitudes and perspectives are now regarded in not a few circles that lay claim to the leadership of culture,” the left-wing Partisan Review reported in 1950. It predicted that “if the present tendency continues, the mid-century years may go down in history as the years of conversion and return.”

In 1954, Congress added the words “under God” to the Pledge of Allegiance, and in 1956 it made the phrase “In God We Trust,” found on coins since the Civil War, the official national motto. “Never has religion been so institutionalized, so conspicuous, so public,” journalist Claire Cox concluded in a 1961 book depicting the “new-time religion” that had taken shape in America since World War II. “Never has churchgoing been so acceptable, so much ‘the thing to do.'”

Judaism played a prominent part in this conspicuous “new-time religion.” As anti-Semitism declined during the postwar decades, the religion of American Jews gained widespread recognition as America’s “third faith” alongside Protestantism and Catholicism. Popular interest in Judaism burgeoned as Americans sought to learn more about this “unknown religion of our time.”

Fueled by postwar prosperity, Judaism strengthened institutionally through the building of synagogues and religious schools and the development of new communal institutions, though whether Jews actually became more religious or only affiliated at a higher rate has long been disputed.

Whatever the case, religion became the major vehicle for Jewish identity, while secular Judaism as an ideology largely collapsed. Judaism also began to adapt to new environmental conditions, accompanying Jews out to the suburbs and then to sunbelt cities like Miami and Los Angeles.

Less noticeably but no less significantly, Holocaust-era immigrants began to affect American Judaism during these years. Their memories, commitments, and collective sense of obligation to those who had not survived set the stage for developments that would transform all of American Judaism, Orthodoxy in particular, for decades to come.

In the midst of these transformations, Judaism’s status as an accepted American faith won striking confirmation in a 1955 bestseller entitled, memorably, Protestant-Catholic-Jew. Written by Will Herberg, a Jewish ex-Marxist intellectual, the book argued that America had become a “‘triple melting pot,’ restructured in three great communities with religious labels, defining three great ‘communions’ or ‘faiths.'”

To be an American, according to Herberg, meant defining oneself according to the new “tripartite scheme” of American religion: to be, in other words, a Protestant, a Catholic, or a Jew. To be anything else, he contended, “is somehow not to be an American.”

The argument–for all of its manifest inadequacies (for example, Herberg practically ignored evangelical Protestants and blacks and seemed to write off non-believers, Muslims, Buddhists, and other minority faiths entirely)–captured the national imagination and shaped subsequent religious discourse. It provided a vocabulary, an explanation, and a new set of boundaries for the restructured American religion that had by then been developing for half a century.

Carrying forward the achievements of the interfaith organizations, the military chaplains, Bess Myerson [Miss America 1945, the first Jew to win that competition], Hank Greenberg [a Jewish baseball superstar], and Joshua Loth Liebman’s Peace of Mind [an inspirational best-seller by a Reform rabbi], Protestant-Catholic-Jew also reaffirmed the elevation of Jews to insider status within the hallowed halls of American religion. Though Jews constituted but 3.2 percent of the total American population, they found themselves, thanks to Herberg, “enfranchised as the guardians of one-third of the American religious heritage.”

Time magazine underscored that new status when it provided its readers with cover stories on [the Conservative movement’s] Jewish Theological Seminary President Louis Finkelstein in 1951 and [the Reform movement’s] Hebrew Union College President Nelson Glueck in 1963.

Anti-Semites on the Run

Anti-Semites, meanwhile, found themselves placed on the defensive as Judaism’s status rose. Forced to justify their anti-Jewish prejudice in face of America’s increasingly tolerant norms, they beat a hasty retreat. “Organized anti-Semitic activity, which began to decline after the war, continued at a low ebb during the year under review,” the American Jewish Year Book reported in 1950. Thirty-five anti-Semitic organizations folded completely (leaving 57 others to keep the embers of hatred warm). Between 1946 and 1950, the percentage of Americans who claimed even to have heard “any criticism or talk against the Jews in the last six months” dropped from 64 percent to 24 percent.

Thanks to federal and state legislation, pressure from returning veterans, government and media exposure (including films like Gentleman’s Agreement), and the stigma of being compared to the Nazis, discrimination against Jews in employment, housing, and daily life also markedly declined. By the early 1960s, almost all resorts and housing developments had dropped their restrictive clauses; anti-Semitic college quotas had mostly ended; and professional fields like law, medicine, and banking proved more receptive to Jews than at any time in the century.

Anti-Semitism by no means disappeared, of course, any more than nativism, anti-Catholicism, or racism did. Slurs, prejudice, and violence against Jews still occasionally flared; exclusive clubs and suburbs still attempted, in some places, to keep Jews out; and tensions, particularly involving school prayer, public celebrations of Christmas, and related issues, still managed to bring ancient animosities back to the fore.

Looking back, however, Anti-Defamation League director Benjamin R. Epstein, who had spent much of his life battling anti-Jewish hatred, described the two decades following World War II as a “period of tremendous progress” and a “golden age.” During those years, he recalled, American Jews “achieved a greater degree e of economic and political security, and a broader social acceptance than had ever been known by any Jewish community since the [ancient] Dispersion.”

It was not just in terms of their security and social acceptance that contemporaries viewed the postwar era as a golden age for American Jews; prosperity characterized the period as well. By 1955, Jews of East European background had risen “more or less to the level previously achieved by the German Jews,” and economic distinctions between the earlier and later immigrants had largely disappeared.

Jews had become fundamentally middle class, their proportion in non- manual occupations exceeding that of the general population. Jews had also moved up into the professions. One study discerned a particular increase in the number of Jewish journalists, authors, engineers, architects, and college teachers, and concluded that there had been a “rapid rise in the number of Jews engaged in all intellectual occupations in recent years.” Another found that the number of Jews engaged in manual labor had markedly declined. “The Jewish worker in America,” it turned out, “was typically a man of one generation. He was ‘neither the son nor the father’ of a proletarian.”

Religion, too, contributed to the characterization of the era as a golden age. In 1949-50, according to the American Jewish Year Book, “synagogue building continued,” “membership in synagogues and affiliated associations was on the increase,” “synagogue attendance was improving,” “adult education was continuing to attract substantial enrollments,” and “religious ceremonies were being observed in more homes with increasing regularity.”

Forty percent of America’s 4.5 million Jews affiliated with synagogues, an improvement from the 1930s but still far below Catholic and Protestant affiliation rates. By the late 1950s, that figure would reach 60 percent, a figure never exceeded and the only time in the 20th century that more than half of America’s Jews were synagogue members. In Milwaukee, where about 65 percent of Jews affiliated in 1960, a survey found that in just 12 years, from 1945 to 1957, the number of families belonging to synagogues leapt from 2,169 to 3,600, with Conservative and Reform synagogues scoring the most impressive gains.

“Judaism has changed,” one respondent explained to researchers. “Nowadays people enjoy religion and going to synagogue.” As late as 1962, surveys continued to describe the “flourishing state of the American Jewish community’s religious bodies.”

The post-war politics of American Jews were shaped more by Jewish experience than Jewish tradition.

The origins and development of the interfaith movement in America 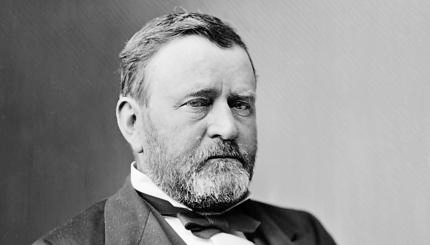