Martin Luther King, Harriet Tubman, and Rosa Parks. These were the “Black people you should know,” and often the only ones covered in my classrooms every school year. Black history—if it was taught—was sometimes reserved for February. Black history was made to feel separate from American history, something that was supplemental. This taught me that my identity as a Black-Jewish girl was the sum of the romanticized victories of three Black people. I knew I should be proud, but I never felt like I could see myself.

My family did their best to help me learn to see myself beyond narratives of oppression by introducing me to other influential Black people. Nina Simone, Lalah Hathaway, Theloneous Monk and Louis Armstrong grounded me in my love of jazz. Augusta Savage and Jacob Lawrence inspired me to paint and sculpt. Alvin Ailey showed me Black people can dance to more than just hip-hop. “Black people are more than our pain,” my mother would say. I saw a piece of myself and I was proud.

That’s why I was excited when the state of California announced its plans to adopt a high school  Ethnic Studies Model Curriculum aimed at including fair, positive, and multifaceted representations of the people of color (POC) that make up the California community. We were finally going to expand beyond the three “Black people you should know.”

Unfortunately, reality falls short of that goal. The curriculum perpetuates limited narratives that root minority identity in perpetual oppression. It embraces monolithic group identity, ignoring the diversity and cross-cultural characteristics that exist within every ethnic community. In doing so, it not only excludes wholesale groups like Asian Americans or Jewish Americans who, due to perceived success, do not fit into the neat all-or-nothing power dynamic that is essential to the curriculum, it ignores the complexity of the individual as well. Moreover, bending ethnic studies to fit the predetermined narrative has led the model curriculum to redefine ethnic studies to exclude religion from its definition of ethnicity, leaving Jews of all races out of the discussion, not to mention Sikhs and Hindus. Group identity is not monolithic and no person steps into any space as only one facet of who they are.

For example, to focus on Arab-Americans as a minority without exploring the religious diversity of that population is to miss a major component in the ethnic composition of the Arab-American community. State-mandated Ethnic Studies was meant to help students explore the complicated places where group identity straddles multiple categories such as race, religion, or country of origin. But in the end, it fails to examine the nuances of identity, an essential component of fostering inclusion.

I struggled with my identity in school. I saw the same stories play out in narratives of Jewish Peoplehood that never included Jews of color. In the majority of high school textbooks, if Black history or Jewish history were addressed, they were never presented in an intersectional way. I’d raise my hand and say “You can be Black and Jewish.” Sometimes I’d get perplexed looks, sometimes giggles, but never any answers.

In college, I read The Souls of Black Folk by W.E.B DuBois. This new information eclipsed all the limiting tropes of Black identity—slavery and Civil Rights.

Even then, I was still yearning to be represented as who I am, a Black Jew. The first time I truly felt I heard my story was in a class called Jews, Judaisms, and Jewish Identities. Taking a course that made room for the intersections of my identity not only allowed me to hear stories of others like me but it gave me a space to share my voice. I realized I wasn’t walking a tightrope alone.

I was recently invited by the Jewish Community Relations Council (JCRC) to speak on behalf of Be’chol Lashon in front of the Instructional Quality Commission (IQC) in Sacramento. I spoke about my own experience and the need to ensure that all Californians understand that identity is not just about oppression and is formed at a deeply personal level. Identity can be complex and varies from community to community and from person to person.

Ethnic studies does not only meet a need for students of color. Teaching every student to understand, embrace, and value all the identities that exist within one person is an essential skill everyone should learn, regardless of personal ethnic, racial, or religious background.

In college, ethnic studies made me visible. It made my story, and the story of my people, significant. It made me feel American for the first time. I want every student to feel that sense of pride and belonging. As it stands, the proposed curriculum will not bring the true power of ethnic studies to high school students. There are many students sitting in high school classrooms today who will not see their identities reflected in the proposed courses; for those who will, the course only goes skin deep. As California’s Ethnic Studies Model Curriculum enters its next phase of modification, we must be mindful of avoiding monoliths that further marginalize the students we seek to include. 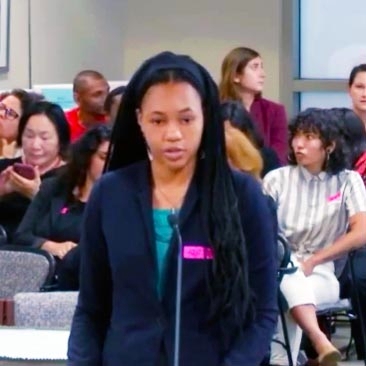 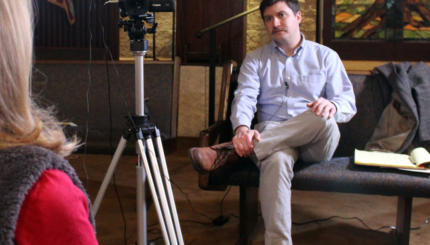 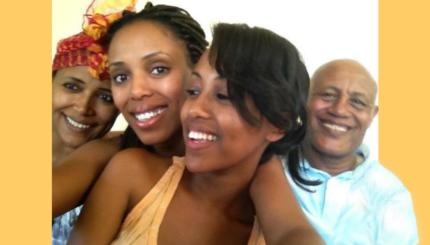