The price of real estate is rising… in heaven

Like a lot of people, I spend a lot of my free time watching TV. I do it to escape, to enjoy myself—it’s usually not particularly mentally taxing activity. However, the comedy The Good Place always gets me thinking.

What on the surface is a comedy about heaven and hell is actually a deeply philosophical adventure. New problems are continually posed that stand in the way of our protagonists being as good of people as they can be, whatever being good means. While the show is very consciously not based in religion, one huge concept stood out to me as very Jewish.

During one of the many discussions of philosophy during the show, one of the characters explains that just performing good deeds to get into the Good Place doesn’t count. You have to act morally for its own sake, rather than out of a desire to attain a reward. Even more recently (warning: spoilers ahead, if you’re behind on your viewing!), one of the problems that they faced was the realization that since they knew the system of the afterlife, they could never earn any further points to get into the Good Place. They had to decide whether to take this information and stop trying or to continue on their quests to be good people regardless.

Ultimately, the characters continued to work towards goodness even though they knew there was no reward lying in their future.

These discussions and decisions aligned very well with my understanding of Judaism. The afterlife is not a big or particularly-specific focus in Judaism, and while there are many theories as to why, I think it is because, well, we’re not supposed to focus on it.

Just like in The Good Place, in Judaism doing good things purely to get a reward doesn’t really count as good. Rabbi Hertzel Fishman elaborated on a quote from Breishet Rabbah 44, saying, “[The notion that] ‘the mitzvot were given only in order to purify human beings’ can be used as a justification for observing them today. Thus the entire purpose of observing any of them is in order to improve ourselves, to make us better people – more caring, more loving, more concerned. The mitzvot are not magic, they do not help God nor do they earn us rewards, but they are valuable for the way in which they improve our character and thereby benefit the society in which we live.”

I wasn’t expecting my TV-watching time to get me thinking about the philosophical reasons that we should be good people. But sometimes lessons find us in surprising places. (That’s another theme of the show, incidentally).

The path that the protagonists follow in The Good Place seems to mirror that which is suggested in our own Jewish texts and traditions. We shouldn’t just follow the rules because there’s something in it for us. We should be better than that. We should be good for goodness’ sake. It’s our job to try, anyway—to try to improve, try to care more, try to be the best people we can be, without worrying about a reward.

Can a Policeman be an Israeli Hero?

I’ll try to summarize the new problem of writing a detective in Hebrew in a simple way. The biography of ... 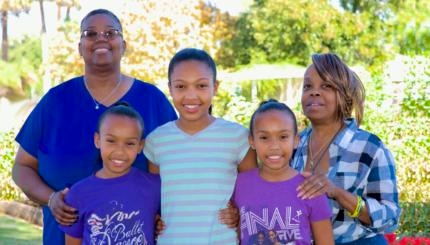 How one mom turned her professional loss into a parenting win.