I stood in front of a group of about 60 Palestinians and Israelis and told them that I think of the space where were we were gathered as a veritable Garden of Eden, a paradise of human dignity.  And indeed we call it Merkaz Karama, one word from Hebrew and one from Arabic that together translate as Dignity Center. It is just about the only place in the whole West Bank/Judea and Samaria where Palestinians and Israelis can gather as equals and without fear of each other.

Merkaz Karama, I told the group, is to my mind also something akin to a mental health clinic. Most of us Israelis and Palestinians are a little bit sick and in need of healing. We are stricken by ignorance of the other, by prejudice, and by fear and trauma. At Merkaz Karama we mingle, we meet, we enter into a discussion, and we begin to heal just a little bit. We learn not to decide for the other who he or she is, but to accept them for who they are in their own eyes. We hear each other’s voices and are heard. We come to see that the other is not the devil we imagined, that there is little to be afraid of. We are much more alike than we could have ever dreamed.

This was just a few nights ago, as we were sitting in a wide circle during a Ramadan Iftar (break-fast dinner) hosted by Roots, the Israeli-Palestinian grassroots initiative for understanding, nonviolence, and transformation. We had just finished our meal, taking in the magic of what we Palestinians and Jews had created together under nearly impossible conditions.

We have held these dinners many, many times before, as well as hundreds of other joint activities, over the course of the past four and a half years, but the feeling is still one of exhilaration. I saw joy and a sense of discovery on the faces of the participants as they filled their plates and begin to eat, hesitantly but excitedly entering into conversation with one another.

Breaking bread together at the dinner was something like eating of the forbidden fruit (even though all the food was kosher!).  Almost everyone there was very aware of having crossed a hidden line in the sand that indicates ‘beyond here one does not go’. And everyone in attendance had decided – consciously or unconsciously – that the time had come to cross that line. In some inchoate way, we all sensed that we have been boxed in long enough, constricted by communal assumptions founded on prejudice and fear.

Our communities and our communal identities nurture us. They provide us with a warm, accepting environment that allows us to grow up and become healthy human beings comfortable in our own skin. We could not and should not do without them.

But communal identity can also constrict us and stunt our human growth when it becomes the be all and end all, vilifying life beyond its borders. Under those conditions, we become prisoners of our own identities, hostages of our own communities. When we see fear and denigration of the other seeping into our sense of reality, we should know that something is wrong. When our identities begin to construct themselves on the ruins of the other’s identity, nullifying the other, his dignity and his rights, things have gone awry. When meeting the other becomes taboo, it is time to rebel.

For two thousand years, we Jews have suffered persecution of one sort or another. We have been forced to circle the wagons and put up walls to protect ourselves from the onslaught. There were physical ghetto walls, and there were walls erected within our society and inside our hearts. All of those walls served us well, but they also scarred us. Suspicion and distrust of the other became part of our Jewish DNA.  The Arab-Israel conflict of the last one hundred years has only made the situation worse: Our identity has further closed in on itself, and the zero-sum ‘us and them’ mentality has become further entrenched.

Many will say that it is foolish not to be paranoid when the whole world is out to get you. But others will say that while indeed many are our enemies, the enmities of the past may prevent us from seeing the opportunities of the present. We must not allow humanity to be crowded out of our souls by the tribulations of the past and of the present. We must not allow the enemies without to corrode our souls from within.

We can longer sit tight and wait for the world, for the other, to change their ways. It depends not only upon them but also upon us. It is time for us to initiate the change, to be the change that we want to see.  We must reach in and reach out, and begin to heal.

As I gazed upon the faces of the Palestinians and Israelis who had dared to break out of the prisons of suspicion and animosity of their own communities, I saw expressions of the quiet inner joy of liberation. 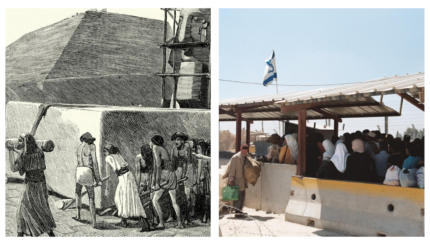 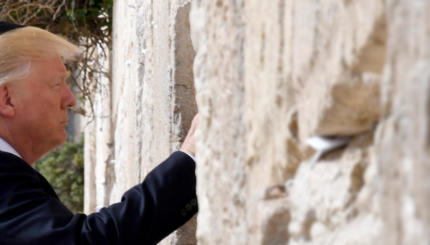