A Road Trip Into History For My Southern Jewish Students

On Friday, April 13, Visit Mississippi and Beth Israel Congregation will unveil the latest historical marker in Jackson, Mississippi, which commemorates the civil rights activism of Rabbi Perry Nussbaum, as well as the 1967 bombings of Beth Israel Congregation and the rabbi’s home. The event reflects Nussbaum’s growing recognition as a courageous leader during the fight to end Jim Crow segregation.

The Jackson Jewish community initially struggled to accept Rabbi Nussbaum’s outspoken opinions and often difficult personality. Nussbaum arrived in Jackson in 1954, more than twenty years into his career. He had difficulty managing interpersonal relationships with congregants and synagogue leadership in cities from New Jersey to Australia, and Beth Israel Congregation

was his eighth pulpit. Although he had hoped to enjoy a quiet tenure in the small Jackson congregation before retiring, Nussbaum soon began to ruffle feathers with his domineering attitude and insistence on greater ritual observance.

As the Brown vs. Board of Education decision (1954) ushered in the era of widespread civil rights activism and the reactionary counter-movement of massive resistance, he also found himself unable to ignore the moral crises of the era.

As Rabbi Allen Krause wrote in To Stand Aside or Stand Alone: Southern Reform Rabbis and the Civil Rights Movement, the 1961 Freedom Rides, in which hundreds of black and white activists tested the federal government’s commitment to desegregating interstate busing, “provided defining moments in [Nussbaum’s] rabbinical experience.” Among the protesters arrested upon arrival in Jackson, a large number were Jewish. Nussbaum acted as a pastor to these and other arrestees, first in the local jail and then during weekly trips to  infamous Parchman Penitentiary—a 260-mile drive, round trip. Nussbaum’s support for civil rights activism aggravated many congregants, who either supported segregation or feared backlash by white non-Jews, and his actions set him apart from other Mississippi rabbis, nearly all of whom declined to visit Parchman themselves.

Nussbaum attempted to keep a low profile, but the Parchman trips and other activities drew the attention of white supremacist organizations. He received threatening phone calls and was subject to surveillance by the State Sovereignty Commission. When the congregation built a new synagogue in 1967, Nussbaum insisted that the facility allow interracial gatherings, unlike most other white religious institutions.

On the night of September 18th, 1967, a bomb exploded at the synagogue, destroying much of the rabbi’s office and part of the library. A second bomb exploded at Nussbaum’s home that November. Although he and his wife were home, they only suffered minor injuries. In 1968, the bombers—members of the Ku Klux Klan—were apprehended in Meridian after bombing the local synagogue’s education building and attempting to bomb the home of local Jewish leader Meyer Davidson.

In the wake of the bombings, white moderates in Jackson began to challenge the extremist positions of the massive resistance movement. Dozens of local clergy participated in a “walk of penance” following the bombing at Beth Israel in recognition of the role that their silence played in fostering a climate of racial terror. In 1968, a group of civic and business leaders—including many members of the Jewish community—took out a full page ad in the Clarion Ledger to call for the end of white supremacist violence in the city and the extension of full legal rights to black Mississippians. Consequently, historians look at the bombings as a wake up call for white Jacksonians.

At the same time, Rabbi Nussbaum continued to struggle with his role in the congregation and in the community. Following the explosion at his home, he castigated religious leaders at the city’s more conservative white churches, whom he blamed for passively (or actively) supporting hardline segregationism. Nussbaum also withdrew from Rotary Club, alienating himself from the city’s white civic elite. Though he tried to find work elsewhere, no job offers emerged.

Although the congregation continued to support Nussbaum publicly, there were members who held him responsible for the bombings.

Despite the traumas of the attacks, he had no choice but to remain in Jackson until the expiration of his contract in 1973, after which he relocated to San Diego. In the years following desegregation and Nussbaum’s departure, perception of the once controversial rabbi has changed. Among Beth Israel’s members, the majority of Nussbaum’s critics, as well as his supporters, have passed on, and younger generations are more likely to claim him as part of the local Jewish legacy.

Historians of the Jewish South and the Civil Rights Movement now credit him for his courage and commitment—the positive flip-side, perhaps, of his bruskness and inflexibility. In 2008, Dr. John Bower endowed a lecture series in Nussbaum’s name at Millsaps College in Jackson. He is remembered both as an inspiration for the ongoing struggle for racial equality in Mississippi and the nation and also as a complicated and flawed man. In light of Nussbaum’s apparent contradictions, may we all aspire to pursue justice in spite of our own shortcomings. And may his memory be a blessing.*******

The unveiling ceremony will take place at 5:00 p.m., April 13, 2018 at Beth Israel Congregation, with a reception to follow. Beth Israel member Jo Ann Gordon has been instrumental in acquiring the marker and arranging the dedication, and member Stuart Rockoff (former Director of History at the ISJL) assisted with the research. The marker text was composed by Jeanne Luckett (Luckett Communications LLC), with layout and production by Hammons and Associates in Greenwood. The historical images include photographs by Jim Lucas, a renowned chronicler of Mississippi’s civil rights struggles.

Operation: Understanding – Our History, Our Present

Yesterday, the ISJL hosted students from Operation Understanding, an organization whose mission is to develop a group of young African ...

Reengage! The Legacy of the Crown Heights Riots & Civil Rights

This week marks the 21st anniversary of the Crown Heights Riots. When these riots took place in 1991, I was ... 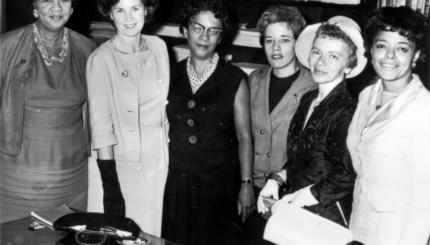