Angels We Have Heard on High

Don’t Wait for the Angels to Send you a Message

Last January 26 in the evening, I went to Manhattan to participate in a shiva minyan after the death of a friend’s father. I was on the subway headed home, reading a rather esoteric book about finding a spiritual path through some of the most obscure Jewish laws, called The Boy on the Door on the Ox. At one stop two men got on the train. One was white, one black. They were dressed exactly the same, in padded khaki jackets, khaki pants, and work boots. Each carried a medium-sized bag, one of mesh, one of plastic. The white guy, who was a big guy with a Russian accent, said loudly as they entered the crowded car: “Aren’t these seats reserved for the handicapped?” I was sitting in one of the two seats that are indeed reserved for those with disabilities. The women next to me jumped up and was out of there. The white guy plopped down next to me, pretty much right up against me because, as I said, he was a pretty big guy. He smelled very strongly, mostly of alcohol.

His companion had a cane, and I moved to stand so that he could have my seat, but he gestured for me to stay seated, saying, “No no, it’s fine, I’ll stand.”

I didn’t know what that meant, but okay. I remained seated.

They talked, and I read, but was distracted by their conversation, carried on fairly loudly. The guy next to me was saying stuff to his friend like, “You know why I don’t go to AA meetings? Because they said I shouldn’t hang around with alcoholics, ha ha ha.”

At some point he turned to me and said, “Don’t mind us. We’re from a different walk of life.”

Then they started talking with me. The guy who was standing asked what I was reading, and I explained that it was a book about Jewish law and how it can inform your spiritual life. He said he’s Muslim, but “I don’t judge anyone. I think we have to accept each other.” I said I agreed.

It came out that the man next to me, with the Russian accent, whose name was Yuri, fought in the Russian army in Afghanistan in the early 1980s. At one point he commented that Jews run the world, saying, “Look at Israel. America will do anything for Israel.”

I said, “Or maybe it’s not that Jews run the world, but that Israel is the only democracy in the Middle East.”

He waved a hand. “Let’s put that aside.”

I said, “Let’s put the whole thing aside.”

A bit later he mentioned that his grandfather was “a big-time cohein (descendant of the Jewish priestly class) in Russia.”

That surprised me because of the earlier Jews-running-the-world comment. I said, “You’re Jewish?”

Sometime in the course of this encounter it came out that these two men had just gotten out of prison, as in they literally had just gotten off the bus from Sing Sing, which explained the identical khaki clothing and the bags they carried.

I got off the train before they did. I found out that Yuri’s friend’s name was Marcellus, wished them well, and said goodbye, and they travelled on.

I felt that I’d had a remarkable glimpse into a world entirely different from the one I live in, and it felt like a huge privilege. I imagine the woman who jumped up and moved away when they got on the train felt afraid, or at least nervous, but throughout the experience I felt completely safe and not the slightest bit afraid. In a way that I didn’t understand, I felt protected. The moment that really showed how safe I felt was when Yuri commented about Jews running the world, I immediately pushed back. Had I felt the least bit that the situation was potentially dangerous, I wouldn’t have risked a conflict like that. I know that many of you would not have cared about whether there would be a conflict in that situation, but that’s not how I am. For me, my willingness to go there meant that I felt entirely safe, which seemed strange, given the situation. After I got off the train, I  thought, “That was amazing! And so weird! What was that?”

Then I found myself thinking, without wanting to detract in any way from Yuri and Marcellus’s humanity, that maybe they were angels. It was like a commentary in Jewish tradition says, “Before the angels have accomplished their task they are called [humans], when they have accomplished it they are angels.” And if they were angels, messengers, there must have been some task they were there to accomplish. At that time, I was dealing with feeling fearful in a number of ways, working on that issue in my spiritual and psychological life. I think they were there to show me that there are things in life and in the world that I’m not afraid of, that other people are. Wherever you are, Yuri and Marcellus, I hope things are going okay, and I thank you for being angels to me, for giving me a message I needed at that time.

I believe that whether we realize it or not, we may encounter angels in our lives, and we may be angels. As with God, we don’t have proof one way or the other of the existence of angels, divine messengers. We have no obligation to believe that they are real. But they are present in Jewish tradition, as well as other traditions.

It might help us to name these kinds of experiences as angelic because it brings a sense of holiness to our lives and becomes part of our connection to the universe, to something greater than ourselves, something that cares about us. It might help us to feel that we are not alone, not ever.

It’s true that there aren’t angels that stop everything bad from happening. I don’t know why that is. It’s one of the mysteries, and that’s not a satisfying answer. It doesn’t satisfy me, and probably doesn’t satisfy a lot of you. But it’s also true that sometimes someone or something, a person or a feeling or an idea or a dream or a thought or an element of nature, comes when it is needed and makes things better—a little better or a lot better. And it’s true that sometimes we have the opportunity to be someone else’s messenger of God.

Let us look for those opportunities to be angels doing God’s work in the world. If we choose to, may we recognize where there are angels, mal’achim, messengers of God, in our lives, and may we be surrounded by them.

Listen to me. Think for yourself

“Why didn’t you listen to me,” I heard a mother tell her daughter on their way out of the mall. ... 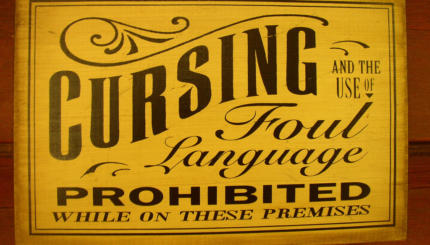 We criticize Abraham for not voicing protest of God’s horrific demand that he sacrifice Isaac. Yet, ultimately, Abraham did counter ...