To Find God – Take the Summer Off

Summer is here. The sun is high and hot, the days are long. All I want to do is sit back and relax with a good book. What to read? –Nothing too weighty but still something that will keep my interest. I asked around and these are the summer reads my rabbi friends recommend and my notes on why they make my list! Let me know if you have others I should add to my list.

Henna House by Nomi Eve
Recommended by: Rabbi Robyn Fryer Bodzin
Why I’m interested: Robyn says that she is reading it now and her book club loved it. Based in Yemen it focuses on the life of a young Jewish woman, her family and future. Not only does the story line look promising, but Yemen is the Jewish “old country” that gets overlooked when we think of “Fiddler on the Roof” — and its rich history and culture are something I can’t get enough of.

The Book of Esther: A Novel by Emily Barton
Recommended by: Rabbi Daniel Goodman
Why I’m interested: Daniel hasn’t read it yet, but I have to agree with him that the recent review by novelist Dara Horn in the New York Times Book Review has whet my appetite. Part historical fiction, part fantasy, Barton creates a whole world featuring gender-bending female warriors, mythic creatures like golems and the medieval Khazar kingdom alongside a reimagined World War II Europe. Well written fantastical history, feminism, and Jewish power – a perfect summer combination.

Safekeeping by Jessamyn Hope
Recommended by: Rabbi Jeremy Winaker and Rabbi Pamela Jay Gottfried
Why I’m interested: This was the only book recommended by two different rabbis. Set on a kibbutz in 1980s Israel with a cast of characters who each have their own story to tell but all together also tell the story of a time of change and challenge for the country during this eventful era. Even if you did not spend all your summers during the 1980s in Israel as I did, the storyline will keep you engaged and broaden your understanding without bogging you down.

The Forty Rules of Love by Elif Shafak
Recommended by: Rabbi Michael Bernstein
Why I’m interested: Michael is a sharp guy, so I take his opinion seriously. Also, I like the idea of a book that as Michael puts it “interweaves a fairly pedestrian contemporary story of a restless suburban Jewish woman who reads manuscripts part time with a vivid depiction of how Persian poet and mystic Rumi was transformed from a leading Islamic jurist to one of the preeminent poets of love and G*d in any time, language or faith.” For all of us who are hoping our own fairly pedestrian lives could take a turn for the more exciting, this seems like the perfect escape! Beside Rumi’s poetry is such good stuff.

The Two-Family House by Lynda Cohen Loigman
Recommended by: Rabbi Rebecca Einstein Schorr
Why I’m interested: I can always rely on Rebecca for a book recommendation. She is avid reader and lover of a good story. This promises to be no exception. The only book on the list set in the United States, it follows well-developed and realistic characters, their lives, loves and heartbreaks, focusing on two women living side by side and raising families.

Are you one of those people who envies teachers for having summers off? It’s okay…I used to be like you, because ...

Last month I was picking through a pile of books and came across Good for the Jews, by Debra Spark, ... 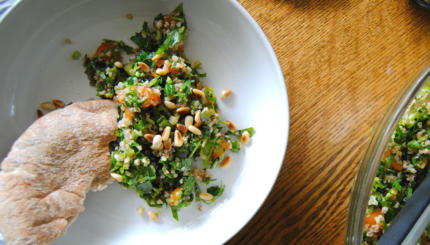