Israel’s legendary Foreign Minister Abba Eban once stood at the podium of the United Nations general assembly with a Bible in his hand, declaring before the whole world that the Jewish people’s title deed to the Land of Israel is over 3,000 years old.

Rabbi Menachem Froman of blessed memory disagreed; not only with the proof of ownership but with the very claim of ownership. He believed that the Jewish people do not own the land at all!

This week’s Torah portion (Parshat B’har) provides the explanation. “The Land cannot be sold in perpetuity” says the Torah, “for the Land is Mine, and you are residents and sojourners with Me.” The Land belongs to God, and we are no more than His tenants upon it.

Certainly according to the Torah God has promised us the land as an eternal inheritance, but the Almighty has not vouchsafed us ownership. We dwell on the land at His pleasure, always on condition.

Abraham our forefather was told by God back in the Book of Genesis that his children would merit to inherit the land — but only after four generations, because “the sin of the Amorites is not yet complete.” That is, God will not bring Abraham’s descendants into the land until the present occupants deserve to be expelled, until the moral blemish of their behavior can no longer be tolerated.

That is perhaps what makes the Land of Israel “the Holy Land”: Those who dwell there do so on condition that their deeds measure up to God’s moral demands. The same point is forcefully driven home in the Torah portion we read just a few weeks ago when we were told that the Jewish People will be vomited out by the land if we do not live up to the moral standards that God requires, just as the land vomited out its earlier inhabitants.

This is perhaps what Rav Menachem meant when he said that we belong to the land: We are servants of its moral demands. Divine morality is personified as the moral conscience of the land. Living on the land is not a right but a privilege, and it carries with it certain obligations.

The Book of Deuteronomy warns us of the mindset of “my power and my might have gotten me all this wealth”. Power corrupts. For the first time in 2000 years the Jewish People have real political and military power, and I fear that it has gone to our head. Worse still, it has corrupted our religious ideology. We act as if God’s promise of the land is equivalent to absolute ownership and as if absolute ownership allows us to trample the rights and the dignity of the indigenous Palestinians. We behave as if the Land is ours and as if the Palestinians are therefore ours to do with them as we please. It is not and they are not.

We are on the edge of disaster. Three years after the death of Rav Menachem, there is still time to pull back from the brink, to retool our relationship to the land and to incorporate into our religious ideology the ethical sensitivity that our presence upon it demands. In his time few listened to Rav Menachem’s prophetic cry: “The Land of Israel does not belong to the Jewish People; the Jewish People belong to the Land of Israel.” Will we listen today?

Who Does the Land Belong To?

Behar affirms that the land belongs to God, and the land must be permitted to observe its Sabbaths, too. 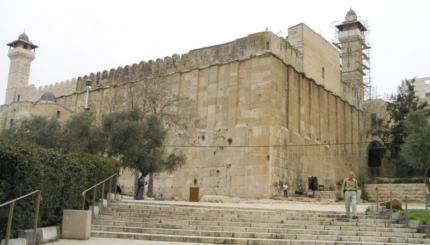 Massacre in the Patriarch’s Tomb

The following letter to the Palestinian people shall never be sent. After at least three rewritings and endless discussions among ...