If you lived in Jackson, Tennessee, in the 1950s, a trip downtown was a treat — especially if you were a Jewish girl, inspired by the classy and savvy Jewish women who were our role models. Jewish life and the Jackson social scene were deeply intertwined. Some of the civic leaders of Jackson were also women who took prominent leadership roles at Congregation B’nai Israel.

I remember so well the elegance of Rosenbloom’s Department Store. I believe that elegance was largely due to Janice Axelrad Rosenbloom Riddler. Janice was 23 years old when she left her native Manhattan to move down to Jackson and marry Joseph Rosenbloom, Jr., president of the family-owned department store. As soon as she got down here, Janice became active in the family business, managing the Women’s Boutique, Children’s and Gift Departments. Until her death in 2014, at age 95, Janice was the matriarch of both the store and also our synagogue.

Upon entering Rosenbloom’s, you were immediately seduced by the heavenly aroma of the Perfume/Cosmetics Department. When I think of Rosenbloom’s, I think of Estée Lauder Youth Dew. Before completing your purchase, the Rosenbloom’s employee would carefully explain Mrs. Lauder’s instructions for wearing the “parfum.” If I remember correctly, you were supposed to apply the fragrance in layers. First came the Youth Dew Body Creme, then Youth Dew Dusting Powder, and finally Youth Dew Parfum. My high school friends and I “sashayed” through the halls of Jackson High School wearing our madras blazers, Bass Weejuns, and Youth Dew in all of its layers.

We learned how to “sashay” in Charm Classes at Kisber’s conducted by the reigning Miss Tennessee. At the end of the Charm School, Kisber’s always presented a fashion show of the graduates. This was choreographed by Mrs. Gertrude Kisber. She selected our outfits and watched to make sure we walked and posed as we had practiced in Charm School. Mrs. Kisber was active in the family-owned store for 50 years and became Chairman of the Board of Kisber’s after her husband’s death in 1968. She was the first also woman to serve as president of our congregation (1979-1981).

These two amazing women, Janice Axelrad Rosenbloom Riddler and Gertrude Kisber, were the inspiration for a cookbook celebrating the congregation’s 130th anniversary — along with many of the other women who cooked up Jewish life, commerce, and cooking in Jackson, Tennessee. The stories of the dishes these women prepared live on today in the cookbook our congregation now shares. A former rabbi paid one of the women featured in the cookbook, Mrs. Gold, quite a special tribute by saying, “her soup was beyond compare as her secret seasoning was to ‘sigh into the pot,’ flavoring its golden droplets with two thousand years of Jewish hopes and dreams.”

Overseeing this whole project, traveling metaphorically into so many Southern Jewish kitchens and journeying down Jackson’s Jewish memory lane makes me feel like “sashaying” through downtown Jackson in front of where Kisber’s and Rosenbloom’s Department Stores once stood proudly on Lafayette Street. Thank you Gertrude and Janice and all of the Jewish women of Jackson, Tennessee, for inspiring so many people, and inspiring our ongoing sharing of recipes and histories.

The following recipe was shared by Janice Axelrad Rosenbloom Riddler’s daughter, Mari Rosenbloom Livingston.  The original recipe came from Janice’s own mother, Rebecca Axelrad. The slices are perfect for dipping in tea or coffee — the Jewish version of biscotti.

Mix all together. Spray 4 x 12-inch loaf pan with Pam. Bake at 350 degrees for 35-40 minutes. Cool for one hour plus; cut into thin slices and put on foil lined cookie sheets. Bake one hour at 200 degrees, turning twice.

Walking by the seasonal decorations already set up at stores around Jackson, I was quickly drawn into the glitz and glimmer of the ... 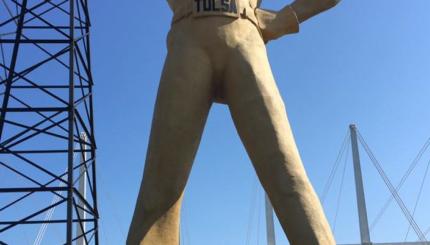