Nowhere to Run (And a Good Thing, Too)

Tonight is Yom HaShoah – Holocaust Memorial Day. Last night I was discussing remembrance with my ninth graders at our weekly High School program at my congregation. Specifically, we got into a discussion about the nature of remembrance and the importance of people continuing to tell the stories that emerged from this dark chapter of history, especially now that so few Holocaust survivors remain with us.

For most of us in the Jewish community, we have understood our role, at least over the past few decades when survivors began to speak more about their experiences, as carriers of these experiences, ensuring that history is accurately conveyed by continuing to tell the stories. My students described what they perceive as a real challenge of carrying this responsibility when they find themselves to be in a minority of one or two in a local high school classroom where their fellow students know nothing of the Holocaust.

While we may find this situation to be shocking (and I am describing the reality in Central MA where we have some of the most highly rated public schools in the state), a recent video campaign, highlighting how few States require Holocaust education to be on the curriculum, demonstrates how easily we have arrived at this moment.

As we discussed the nature of this challenge, we also looked more broadly at the ways that human culture memorializes events once there is no longer anyone with first hand experience to say ‘I was there and this is what I saw’. We recognized the ease with which documentary evidence – even video evidence – can be challenged as doctored or fabricated as deniers seek to to introduce doubt into what should be self-evident. We discussed why some countries in Europe have made Holocaust denial a crime (and why such a law would even be necessary).

Finally, we revisited the debate that took place within the Jewish community as to whether the Holocaust was an event of such significance that it should receive its own day of remembrance or whether Tisha B’Av already existed as the day to which we could add one more tragedy to befall our people.

While I wish to state unequivocally that I will continue to observe and support the specific observance of Yom HaShoah for as long as our communities sustain it, I also deeply understand the argument that we already had a day in our calendar to which Holocaust remembrance could be attached. In Jewish tradition, while almost all of our Holy Days have a historical event attached to them, none of them have been sustained by our feeling of deep attachment to the specifics of the historical events themselves. So, for example, while the real miracle of Hanukkah may have been the defeat of the Syrian Greeks in Jerusalem, the story of the miracle of the oil sustains the magic of this festival because it has the power of symbol – hope in dark times – that makes the historical root into something timeless.

Likewise, Passover is so much more than a retelling of a specific Exodus from Egypt – it has become symbolic of all journeys from slavery or constriction to freedom. On the other hand, days that were really only historical in significance, such as Nicanor’s Day (also mentioned in the books of Maccabees as a day to be observed for all time) faded from communal significance as soon as the historically-rooted victory that it commemorates faded from the memories of later generations when there was no broader symbolism woven into the memorializing of the day.

When we recognize the symbolic nature of most of our Holy Days (and this holds true for American national holidays too, such as Thanksgiving or July 4th), it turns out that we might better sustain the power of memory of the Holocaust if we become more effective at communicating the emotional significance of such human wickedness and suffering. I think that is why organizations and programs such as “Facing History, Facing Ourselves” can be so effective in schools, because they use the Holocaust as the foundation for asking students to draw more broadly from those events to consider the building blocks of hatred and the day-to-day ways that they can identify and confront those human tendencies in their own time and own place.

History is important. The events of the Holocaust must be told and re-told again and again. But if we want to truly succeed in enabling our younger generations – and especially the non-Jewish majority – to understand the significance of those historical events, we must find the key to unlock the deepest wells of empathy within their hearts. We must help them see that the stories of one of the most horrific of Jewish tragedies is truly one of the most horrific of human tragedies. 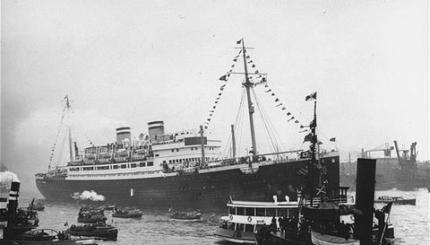 As of yesterday, Monday July 28th, we Jews have begun “The Nine Days.”You may not know what I’m talking about, ...

The great challenge is learning how to honor the past while being able to create a future based on fresh ...