Obligation, Faith, and Service After the Storm

I listened to a recent episode of the NPR show  On Being  (formerly Speaking of Faith) called “The Calling of Delight: Gangs, Service, and Kinship.” The piece focused on the mutuality of service, a topic we have covered many times in our community-engagement-focused blog posts.

The guest on the show was Father Greg Boyle, author of Tattoo on the Heart. Father Boyle is a Jesuit who leads Homeboy Industries. Homeboy Industries is a business that employs former gang members in a Los Angeles neighborhood which, as host Krista Tippett notes: “…was once the poorest parish in the city and had the highest concentration of gang activity in the world at that time. And there’s so much grief and so much heartbreak in these kids’ lives and in the stories that you tell.”

Father Boyle’s approach has been, in his words, less about helping other and instead: “…this is fundamentally about our common call to delight in one another.”  He says that service, on the whole, is “not an end in itself but a beginning, towards finding real kinship with others.”

This resonates with me, and my own convictions as a community engagement professional. Also, as someone who has been working on community engagement for a Jewish organization while living in the Bible Belt of the South, Father Boy’s religious perspective was intriguing.

Father Boyle evokes numerous Christian personalities and stories from the New Testament to support his characterization of service as mutuality. As I listened, I was moved but I wondered whether some of his message would be lost on a Jewish blog or to a Jewish audience.

I thought about what might be the Jewish equivalent. Does the concept of b’tzelem elohim (each and every person is created in the image of God) suffice?

Then, he began to talk about God.

Leaving out any debate as to the existence or nature of God, I’ll say that I did think of many of the Jewish teachings about God with which I am familiar. Father Boyle used the word “spacious” to describe God, and I immediately thought of the many ways in which Judaism characterizes God: omnipotent, omniscient and omnipresent. Judaism, like Christianity, hinges on the idea that the mission of human beings is to emulate God. How does one emulate this grandiose version of God?

After talking about a memorable encounter he had with a young gang member, Father Boyle suggests that it “came by way of knowing that the day won’t ever come when I am as holy as the people I’m called to serve, that the day won’t ever come when I have more courage or am more noble or am closer to God than this 16-year-old gang member sitting alone on his porch.” Those who believe in a God that is not limited by space can appreciate the idea that God is everywhere. God doesn’t stay away from the East or West side of town, from the low-income or high crime areas and therefore we can strive to adopt such spaciousness in our own lives.

Are believers in God prepared to reject the manifestation of God that is in another part of town? Can service aim to remove barriers that enforce the separations between the “us” and the “them.” Whether or not we believe in a God that is omnipresent, Father Boyle provides other teachings that are similarly inspiring, including the value of being in awe of another person’s fortitude during trying times.

I recommend listening to the interview. What values does he discuss that might transcend Christianity and apply to all people of faith? What resonate even with those who take a non-faith based approach to service? Do you know of Jewish teachings that demonstrate the ways in which we benefit and grow when we are committed to services? Share your comments below!

Repairing Our World, Starting in the South

Tikkun olam has long been a hallmark of Jewish life – and that’s certainly true here in the South. Southern ...

For many, the end of Daylight Savings Time is associated with an extra luxurious hour of sleep. Since modern electricity mitigates ... 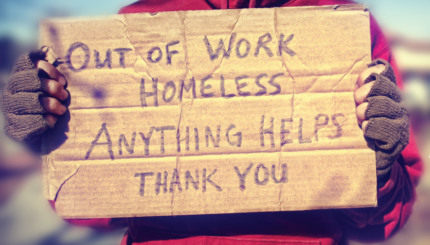 At This Point in Time

Last week, all around the country, people stayed awake late into the night and took to the streets.The U.S Department of ...