Have you already chosen your word for 2015? The word that will focus your attention on what you want to do and who you want to be this year?

It’s not too late to choose.  New Year’s Eve—the traditional time for making resolutions—was less than one week ago, and many promises made that night have probably been broken by now.

I chose my word yesterday, after realizing that it had been on my mind all weekend. I guess I needed a little time to overthink the matter.

It probably won’t surprise you that I came across the idea of choosing one word for the year on Facebook. Every Friday morning I spend some time scrolling through the week’s posts of The Originals, a writers group I joined for participants in Jeff Goins’ My500Words writing challenge. On Friday, January 2nd I read Laura Hile’s blog post about her word for 2015 and followed a link to the My One Word website, where I was captivated by the idea of changing my life through focusing on one word.

Rereading the end of that last sentence, I can actually hear how corny it sounds.

Please allow me to explain and, perhaps, to persuade you. I love a challenge.

In fact, challenge is the word that kept occurring to me as I contemplated my choice. A few weeks ago, my daughter invited me to join her in the 2015 Reading Challenge and I readily agreed. Last week I finished the Thursday New York Times crossword in record time and decided to try the Friday puzzle for a new challenge.

Etgar is Hebrew for challenge (noun), a modern word derived from an ancient three-letter root, g.r.h, meaning to challenge, provoke or stimulate. I chose a Hebrew word not because I’m a native Hebrew speaker, rather because the process of researching its etymology led me to consult half a dozen books, including an Aramaic dictionary not opened since 2013. Like I said earlier, I love a challenge, particularly one which stimulates the intellect.

Etgar represents what I want to do and who I want to be this year. I’m ready to face whatever challenges are ahead in 2015.

What word do you choose?

Everyone Has One Sermon

They say that all rabbis have only one sermon.  If you’re lucky you have two, but when you look at the second ... 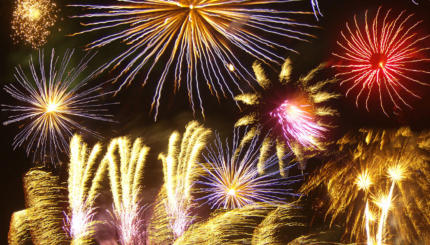