Film lovers will be familiar with the concept of a “macguffin”—a term popularized by Alfred Hitchcock, master of mystery and psychological and emotional manipulation. He defines it as a point of focus that is not central to the story, but which drives the complex and layered plot forward.

If I were to create a film of the ever-unfolding mystery of Jewish life in America, the opening scenes would direct us to a particularly Jewish macguffin: the twin troubling questions of who is a Jew and what is a Jew—both of which, in my opinion, have become increasingly irrelevant. Likewise the question “what is our purpose?” because that question is too easily met with the assured response: “to be a light to the nations”—similar to “what is our mission?” which calls for its equally familiar answer: “to heal the world.” Or some similar answers. You can fill in the ones you like best.

I have become increasingly impatient with these questions because I think they misdirect our attention away from far more critical concern. The plot of my cinematic masterpiece would be teased out from the liminal space between these distracting questions, where dwells the somewhat neglected inquiry: how can we best live as Jews? When we put our energy into intellectualizing Judaism, battling over religious or ideological issues in the fragile territory of faith, we run the risk of alienating those who simply want to live their faith as best they can without the shadow of judgment or demographic studies and purveyors of doom over their shoulders.

Rather than elevate us, “Jewish news” too clenches our kishkas. I am saddened by those who draw attention to, and sometimes instigate, differences and difficulties, rather than to the beauty of Jewish life.  I am equally saddened by conversations that add and subtract individuals, pressing them into neat columns called “movements” or “unaffiliated”—without spending much time exploring why they made that choice. And then, quite contrary to reason, we divide ourselves worrying about whether we will multiply. And kvetch about it – a lot. The more we engage in boundary-drawing, wall building and hurdle-raising, the less attractive Jewish life can look to both born Jews and those who might want to join this remarkable faith and people.

Considering this, and looking at the last century of Jewish life in America, should we expect different results? It’s a difficult question, because it reminds us that we may have been focusing on the macguffin while the story has been unfolding off-screen. And that means we have to ask ourselves why we’ve chosen these particular points of focus.

I would ask those who pore over demographic studies and declare, with thunder and lightning flashing, that we are at a difficult and critical point in our history, to focus less on quantity and work instead to increase quality, fostering healthy, inclusive Jewish communities.

I would implore those who fight over who is a Jew to welcome all who sincerely professed their allegiance to the faith and the Jewish people. And to those who maintain the mitzvah of being a light to the nations: please continue to light the path for others who are striving to walk in the light.

So, did I just kvetch about kvetching? Yes, I did. So here is another take on it: Let’s stop talking about talking about it—and be it. Get out there and be the best Jews we can be. Not the best purveyors of an ideological point of view, or the best spokesperson for a movement—but just to live as Jews—wherever we are on the spectrum of faith and spirituality—supporting the kahal (community) in every way we can—without judgment, and without fear of being judged. This is the way we chose another way to bring the beauty of Jewish life into full flower. As a mentor once taught me: you can’t jump half-way off a cliff. Let’s jump.
Let’s take a running start—and jump! 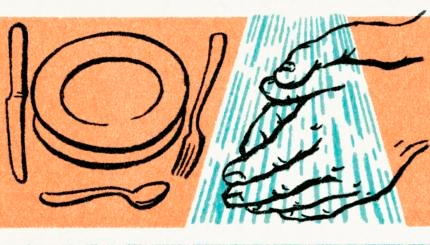