‘Tis the Season to Create a New Religion

Kingdom Without a King

Does the synagogue you attend speak your language? If you are not a synagogue goer, might you go if the folks there spoke your language? By language, I don’t mean Hebrew, English, French, Spanish, etc.

One of the central purposes of religion is to make sense of the world around us. “Religion,” from the Latin word “religare” means to restrain, to tie, to bind. Related to the word “ligament,” religion “binds” our ideas and experiences together into a cohesive worldview. Religious language is valuable only to the extent that your personal, most existential questions are dealt with, and in a manner that speaks to you.

Rabbi Bradley Shavit Artson points out that while science has made great strides in increasing human knowledge on matters of the human scale, certainty about what we know decreases when we consider issues much larger or smaller than we have been evolutionarily conditioned to reckon with. He writes:

“… We are limited to an intuitive sense that pertains to our range of size and our durations of time. For size ranges vastly larger than our own (planets, galaxies, space-time) or vastly smaller (molecules, atoms, atomic particles, and quanta), human intuition and logic is not reliable…[T]he only effective system of human relation and expression (constrained by our scientific knowledge) is the Four M’s: Math, Metaphor, Music, and Myth. Each provides a syntax and narrative to link our consciousness and existence to those realms of reality vastly larger or smaller than our own size range, or vastly shorter or longer than the time frames we are evolved to recognize and intuit.” – Ba-Derekh: On the Way – A presentation of Process Theology

Math, Metaphor, Music, Myth – Each of these four M’s is a language that can be used to discuss that which is much grander or much more minute then the everyday experience of humankind. Each language (each of the 4 M’s) can operate “religiously” by connecting what we cannot fully fathom to an expression that is more familiar and meaningful to us. And while each language helps us understand our place in the universe, we must acknowledge a lingering lack of certainty of the truths, or partial-truths, that each language helps us uncover.

I think it might be the case that each of us is hard-wired to have preconceived preferences among these four languages of meaning. I have students who prefer the language of math and logic. But, with imaginary numbers (such as infinity) and thanks to pioneering mathematicians such as Godel, even certain aspects of math, once considered the epitome of logical language, can be understood as limited, or merely theoretical. I have family members whose spiritual lives are fed by music. For me, I am focused on the lyrics, captivated by metaphor and myth (“all we are is dust in the wind”), rather than the notes or tones. For them, the harmonies and unexpected chord progressions thrill them to the point of goose bumps.

Religion as a Verb

What language do you religion in? Each of the four M’s has power to uncover partial truths. Each of us may prefer Math, Metaphor, Music, or Myth over the other three, but are we missing something vital when we ignore the other languages?

The Mishnah teaches, “Who is truly wise? The one who learns from everybody.” There is wisdom here, but a question lingers. If your synagogue (or the one you don’t go to) does not speak your meaning-making language, should you go elsewhere? Or, should you push yourself to find a bit a meaning in a foreign language?

As someone who loves both religion and science, I often struggle with how they interact.Are they in opposition to each ...

A week filled with senseless public events is a good week to look for meaning.Rabbi Rachel Barenblat found meaning in ... 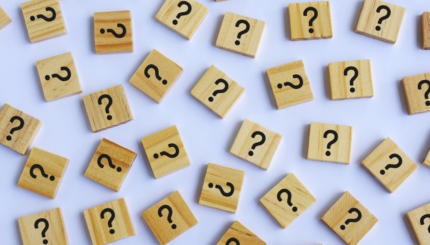 The benefits of a fixed, decision-making system.