Joshua, Moses’ trusted assistant, has exactly three spoken lines in the Five Books of Moses, a.k.a. the
Torah
.

After the revelation of the Ten Commandments at Mt. Sinai, Moses and Joshua climb the mountain. From below, they hear the sound of people worshiping an idol, the Golden Calf. Joshua says, “The sound of war is in the camp!” (Exodus 32:17). “No,” replies Moses, “That’s the sound of people singing.”

When Moses asks God for help with spiritual leadership, God gifts 70 people with the ability to prophesy. When a young servant reports to Moses and Joshua that people are prophesying in the camp, Joshua says, “Jail them!” (Numbers 11:28). “Don’t,” replies Moses, “If only all God’s people could be prophets!”

When the twelve scouts return from assessing the habitability of Canaan, ten scouts report that fearsome giants control the land. But scouts Joshua and Caleb say, “Don’t be afraid if they fight us; they are undefended!” (Numbers 14:9)

If the Torah were a movie, those three lines would convey Joshua’s character. His eyes see the discipline of war everywhere. So it’s no surprise that in the sequel (i.e., the next book of the Bible)
The Book of
Joshua, he leads the people to war.

The Biblical Joshua is no ordinary general. He is a deeply spiritual person. He has a gift for creating ritual, which he uses to design a ceremony for crossing the Jordan River (Joshua 3:1-17). He facilitates miracles: when he asks God to make the sun stand still, God complies (Joshua 10:12-14). He is a stickler for the ethics of just conduct in war, punishing soldiers who violate them (Joshua 7:1-26). Perhaps a spiritual frame helps him shape and contain war’s terrifying adrenaline overload.

But peace is not part of Joshua’s spirituality. He accepts a peace treaty only when tricked into it (Joshua 9:1-27). He considers his war to be a holy war, commanded by God.

On these matters, he completely reverses the teaching of his mentor Moses. For Moses, a divine command to do battle should be questioned. A peace treaty should be offered, proactively.

In Deuteronomy, Moses reports that as soon as the Israelites had raised a strong army, God told him, “I have delivered into your hands Sihon the Amorite, king of Heshbon…engage with him in battle.”  Instead of engaging, however, Moses says, “I sent messengers to Sihon with words of peace” (Deuteronomy 2:24-26).

Moses is generally a critical thinker par excellence. When he has an adrenaline overload, he stops to reflect. When he hears God talking from a burning bush, he says, “What is your name?” (Exodus 3:13). When an angry God later tells him, “I’m going to wipe out my disloyal people,” he explains logically why that is not a good idea (Numbers 14:13-16).

Occasionally he does lapse; for example he loses his temper after his sister Miriam dies, insulting the people and ignoring God’s instructions (Numbers 20:1-13). But for the most part, he does not accept either violence or spiritual experience uncritically. He does not unreflectively use spirituality to make sense of violence.

Jews, Christians and Muslims revere Moses as a prophet and a leader. Four out of five books of Torah focus on his story. New Testament quotes his Deuteronomic speech 32 times. Qur’an mentions him more than any other individual. Please, world, when we are tempted to use God’s name to justify war and religion, let’s follow our inspirational leader.

What would Moses do? He would think, question, and try to craft peace. 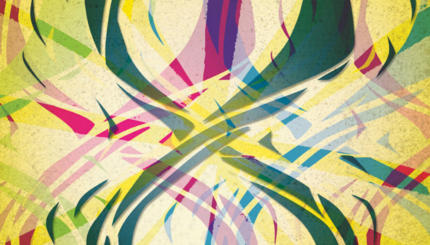