It is September 5, 2010. I am in my dorm room at Tufts University, having just arrived to campus a couple weeks earlier for Pre-Orientation. My heart is racing. I am staring at my computer screen, full of white and blue pixels, as my hand hovers over my laptop’s touchpad. It feels like the last few weeks have all been leading up to this moment. Yet, I have no idea if people will even notice this moment, if they’ll even talk about it. I hesitate, yet I make my decision. I click the appropriate button to save the changes. My Facebook now lists me as interested in men.

What does it mean to have pride in one’s identities? Can we trace our pride? Figure out when we first acquired it? Measure it? Is our pride indicated by a facebook “interested in” section? A picture? A status?

And yet, things change. I cannot pinpoint when exactly I began to be proud of my identity. It was definitely some time during freshman year, after I had already come out of the closet. But was it when I changed my Facebook “interested in” to men that I was truly prideful? I don’t think so.

For me, coming out of the closet was a necessary step before I could be proud to be queer. Being proud means not just accepting one’s identity but rejoicing in it. Embracing it. Loving it. Knowing that despite the pain and hardships it has caused you, you will not reject it. That you will own it. Taking pride in your identity is when you no longer only reveal that identity when it is unavoidable but freely offer up that information because you have nothing to be ashamed of. Because you don’t.

Coming to Tufts Hillel changed that thought process. At Tufts Hillel, it became clear that not only were those two identities not in conflict but they could even complement each other.

Yet, during my first couple of years at Tufts, I could not get a worrisome thought out of my head. What if my Jewish community here does not reflect the real world? Will I be able to find communities outside of a liberal University’s college campus where both my queer and Jewish identities will be welcome?

Interning at Keshet my junior year taught me that I should not be worried. At Keshet, not only did I learn about some of the amazing Jewish communities and organizations across the country that are not only accepting but embracing queer Jews, I also saw firsthand the work that Keshet’s employees were doing nationally to make sure even more Jewish institutions were actively embracing queer Jews. I saw what it meant to work in an office full of many people who were proud to be both Jewish and queer. For me, having pride in my queer identity meant I also had to have pride in my Jewish queer identity. 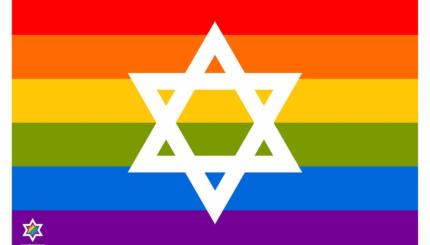