Jackson, Mississippi has one of the largest St. Patrick’s Day parades in the country. This Saturday, 70,000(!) people will line the streets downtown,  cheering for beads and dancing to the sounds of marching bands as dozens of floats ride down the streets.

What is inspiring all the hoopla? Well, it isn’t a large Irish population. I mean, I’ve been to the Southie parade in Boston, I’ve seen a lot of Irish people with a lot of Irish pride. Jackson isn’t Boston. Don’t get me wrong, there is a wonderful Irish community in Mississippi that puts on a world-class Celtic Fest every fall, and Fenian’s, the local Irish pub, it a main spot for St. Patty’s celebrations after the parade, but the size of the parade is not representative of the size of the community.

The Jackson parade is not an specifically ethnic celebration, but 30 years ago a small caravan of revelers were inspired by the American tradition of marking this particular holiday with public festivity. They started a small parade, which has grown more into Jackson’s own version of Mardi Gras than a genuine St. Patrick’s celebration… BUT it’s scheduled to fall on St. Pat’s weekend, NOT Mardi Gras, and thus voila: I can totally use it for my segue into Irish immigrants in the mid 19th century… and some Jewish connections!

Being Irish in America wasn’t always so festive. Irish immigrants were once one of the most persecuted ethnic groups in the country when the Irish famine in the 1850s sent a massive wave of immigrants into Northern cities. In her chapter in Ethnic Heritage of Mississippi, Celeste Ray writes, “Whereas in northern cities large numbers of Irish immigrants faced discrimination and banded together into their own communities, Irish immigrants to Mississippi came in smaller numbers and assimilated into southern culture.”

Sound familiar? It’s important to note that like Jewish immigrants, through assimilation the Irish were able to build successful relationships and businesses in the area. By the time Margaret Mitchell wrote Gone With The Wind in 1936, the Irish had become such an accepted part of the American South that it was not considered unusual for plantation owner Gerald O’Hara to be an Irish Catholic. Their traditions, like St. Patrick’s Day, became a part of American popular culture.

I’ve written a lot about cultural connections and Jewish outreach in the blog. Many of the communities in the South sponsor events that invite their neighborhoods to join in Jewish celebrations like a Hannukah party, Passover Seder, Sisterhood Bazzar or Deli Luncheon. Everyone who comes gets a positive, and usually delicious, Jewish cultural experience and makes connections to their own heritage. Even the best of Purim parties don’t get quite as rowdy at a St. Patty’s parade, but the sentiment is similar.

So this Saturday, with my green bows, beads, and beers, I will be reminded of the Irish community who found a home in this country and show my appreciation for the culture they brought with them that inspires these types of community celebrations today.

I love getting to share my Jewish traditions with friends here – but this Nice Jewish Girl also loves getting to share in other cultural traditions, and be part of celebrating the glorious fusion of cultures coming together. And there’s just nothing quite like St. Patrick’s Day in Jackson, Mississippi.

Is Mardi Gras More Jewish Than You Think?

The parades of Mardi Gras are a communal event. It isn’t unusual for folks to begin gathering in their favorite ... 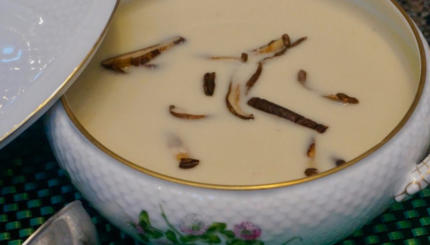 Based on a combination of Irish potato soup and Ashkenazi kartoffelzup, this dish can be garnished with crispy beef or lamb. 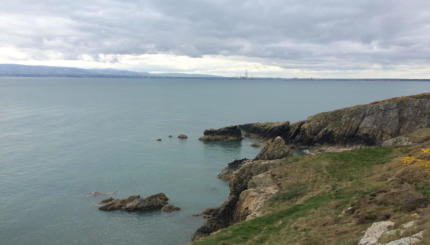 Some thoughts on moving from The Emerald Isle to the Bible Belt.