If Israel boycotted the Winter Olympic in Sochi, Russia next month would anyone really care? The games would go on without us. In fact, Israel’s Olympic Committee is sending three figure skaters, one speed skater, and one skier to the 2014 Winter Games. None of these athletes are expected to finish in the top ten. The spirit of the games is non-political and should stay that way, and so it should be in the academic world.

“Insignificant.” That was the reaction some had to the academic boycott of Israel by the American Studies Association last month. The boycott bars collaboration with Israeli institutions but not with the Israeli scholars. No American University has has signed on to the boycott, and at only 5000 members, the groups is tiny, especially compared to the American Association of University Professors at 48,000 strong. This last group states that “academic boycotts stifle academic freedom and are likely to hurt people who are not the intended targets.” Even the Palestinian Authority is officially against the boycott, “We are neighbors with Israel, we have agreements with Israel, we recognize Israel, we are not asking anyone to boycott products of Israel,” Majdi Khaldi, an adviser to Mr. Abbas, said in a
New York Times
interview on Monday. “The problem is two things: occupation, and the government of Israel continuing settlement activities.”

Some consider the ASA’s boycott as misguided leftist politics of people who don’t understand the real situation in Israel. Others bemoan a resurgence in anti-Semitic activity. It seems that the majority opinion of Israel’s supporters is the boycott is ultimately not that significant – yet.

Anti-Israeli politics and the American academic world has been in the news on yet another front. Hillel International, the national organization of Jewish students on college campuses, has barred its chapters from bringing in speakers who take a pro-Palestinian view.

In a manifesto, the Swarthmore Hillel chapter has proclaimed: “All are welcome to walk through our doors and speak with our name and under our roof, be they Zionist, anti-Zionist, post-Zionist, or non-Zionist.” But the president and chief executive of Hillel, Eric D. Fingerhut, responded to them in a letter saying that “‘anti-Zionists’ will not be permitted to speak using the Hillel name or under the Hillel roof, under any circumstances.”

The Talmud relates a relevant tale: Rav once had a complaint against a certain butcher. On the eve of Yom Kippur Rav said, “I will go to him to make peace.” The butcher, it seems, had wronged Rav in some way and Rav was giving the man an opportunity to reconcile prior to Yom Kippur. When Rav’s friend Rav Huna understood where Rav was going (and just how obstinate the butcher would be) he said, “Rav is about to cause (the butcher’s death).” Indeed, when Rav went and stood before the butcher, the latter was chopping away at the head of an animal. The butcher said, “You are Rav, go away. I will have nothing to do with you.” And, with the butcher’s next chop, a bone flew off, and struck the butcher in the throat, and killed him (Yoma 87a).


There is a common theme between the ASA’s position and Hillel’s: Non-participation, exclusion, a failure to listen to opposing positions. This is ultimately dangerous – especially on a college campus. There is no requirement to take the other person’s position, but disinterest in even listening to the a differing opinion, even one diametrically opposite one’s owe, can be disastrous.

As an educator, I commend the Jewish kids at Swarthmore for being smarter than the “adults” in charge.  Boycotting exchanges of ideas in the college setting makes as much sense as Israel boycotting the Sochi Games just because they don’t expect to place in the top ten. 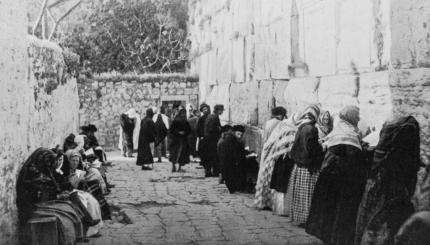 Israel Before the State

Jews in the Land of Israel from the destruction of the Temple through the Ottoman Empire. 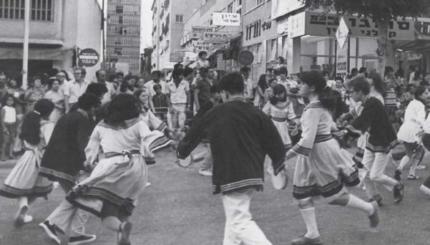