Last week, I had a mystical experience.

As I took my seat on an airplane flying from Toronto to Vancouver, the man next to me put on large headphones. He then actively avoided noticing me for four and a half hours.

His behavior bothered me.

He had his reasons for wanting to be alone and they had nothing to do with me. Still, what he did sparked something for me.

Despite the walls he put up, we were not actually separate. His actions, and the thoughts and feelings behind them, affected me.

His psyche is inside him, and also outside of him.

Consciousness is both inside and outside each of us.

To imagine my consciousness centred in my body, as I usually do, is an illusion.

The source of experience lies beyond my body, brain, or mind.

What I am, what we are, is not bounded by our bodies.

Of course there is life after death, because the source of life does not die.

My old view of an “I” centred within me and generated by my brain is a false product of unclear thinking.

To see clearly, I have to lift veils of opinion over and over again.

I sat in my seat, typed a report on my laptop, entertained someone’s bored baby, walked through the airport, and endured the chaotic crush at baggage claim. I just did it all with a beatific smile on my face. Many people smiled back, delighted to be lifted for a moment out of their traveler’s stress.

The words I choose to describe this experience are not unique. I seem to have learned them from great teachers before me.

In his book Republic (c. 380 BCE), Plato tells the allegory of the cave. We live as if we are prisoners in a darkened cave, seeing shadows cast on a wall, and imagining them to be real objects. If a person were to break free, exit the cave, behold the real world in sunlight, and return with a magnificent report, the prisoners would still prefer to live in their shadowy reality. The cave is everyday human thought; the prisoners are you and me.

The Alter Rebbe Schneur Zalman of Lyadi, in his Kabbalistic work
Tanya
(1797),  describes God’s light emanating through successive screens. Some screens, such as the human experience of identification with a body, cannot be removed. But we can increase our awareness of the screens, and thus of the Divine light showing through them.

Not just everyone else’s religious theories; the ones I was raised with, too.

No, I won’t be abandoning Judaism. My parents raised me with religious and cultural Judaism as a natural habitat and I did the same with my children. For me, connection with ancestors and a chain of tradition 3,000 years old is another kind of mystical experience. It’s an experience rooted in body, culture, and personal identity — quite different from last week’s transcendent experience.

From a personal and cultural perspective, Judaism is “mine.” At the same time, from a spiritual perspective, I am part of something much larger than “me” or “mine.”

So when I encounter choices, like Susan Katz Miller’s decision to raise dual-faith children described in the New York Times article “Being Partly Jewish,” I understand. I understand both the negative and positive responses to her decision.

I understand, profoundly, the fear of Jewish civilization disappearing. If that happened, a lot of what I am, too, would disappear. It might even seem as though I had lived in vain.

And I also understand, profoundly, that Judaism is only a civilization. Its religion is only a set of symbols pointing beyond themselves. By enjoying two faith traditions, one might compromise everything on the cultural level. But, at the spiritual level, one might well compromise nothing at all.

The prophet Zechariah speculated that Judaism might ultimately transcend itself. “On that day, God will be one and God’s name will be one” (Zechariah 14:9).

Maybe it will. I don’t ultimately know.

And that’s okay, because ultimately, there may be no “I.”

And, ultimately, true spiritual knowledge may not belong to the “I” at all.

A Multi-faith Tree of Incomparable Beauty

Recently, a new artisan storefront opened near my Main Street home. As I like to support local artisans, I wandered ... 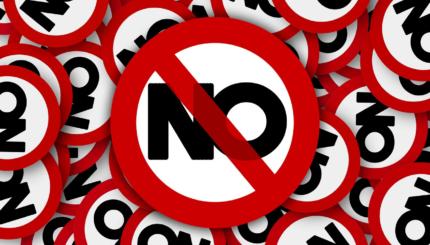 I ask this question often, in one form or another. And often, people answer with a cynical “No.”A business leader ...