As a young girl, I was very involved in my home congregation, as many children with active parents tend to be. I embraced the role of active young member; it never crossed my mind that I had a choice to not be as active as I was. Everyone in my congregation knew me as someone who, at a very young age, was unafraid to lead her congregation in prayer, was a devoted member of the youth choral, and was also known to be a staunch supporter of the annual rabbi versus cantor capture-the-flag game. Since I was surrounded with Judaism in most aspects of my life, I always felt like ours was a robust community; I knew my congregation was amazing!

Now, as an adult, I have a little more perspective, and have learned that all things are relative. My home congregation is in San Antonio, Texas; compared to many other southern Jewish communities, ours is sizable. We have a full-time rabbi and cantor, a beautiful building, and my graduating Hebrew School class had about 15 students.

It is an amazing congregation, but it’s not as big as I thought it was when I was little.

On one of my first fledgling journeys outside of San Antonio, I found myself in Boston, Massachusetts. It was there that I began to suspect that my circumstances were not at all as enormous as I thought they were. I realized that what made my congregation seem so big and vibrant was not the actual size of the building or the number of people on our roster, but the connections I made.

I have since moved back to the South, and have had the wonderful opportunity to work with various communities across a 13-state region, where my new theory about congregational life has been reinforced time and time again: it’s not about the size of a congregation, it’s about the connections we find there.

The students with whom I work seem to feel the same connection to their communities that I felt to mine, particularly if, like me, they are active members at a young age. Children do not often think to compare their situation to others unless the connection is made for them by those who have had outside experiences. My takeaway is that while each community is bound to have its struggles, it is also uniquely attuned to helping their children make important lifelong connections.

In other words, no matter how large or small a congregation, the sense of community and the belief that “my congregation is amazing!” is something we can help instill and nurture in every child – and, yes, in every adult.

What makes your congregation amazing? Tell us in the comments below! 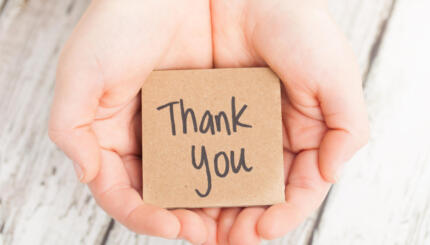