Jay Michaelson, a contributing editor to The Forward, recently wrote an article about the dangers of fundamentalism within Judaism. In my opinion, he hits the nail on the head (again).

You’d think that Michaelson’s voice would be one of many, as he is speaking out against systems of fear, oppression and injustice in our Jewish backyard. He calls attention to a reality that we must all face and address head-on: corruption masquerading as “religious Judaism.”

This is an issue of social justice, and it is my belief that any and every Jewish group that engages in social justice work has a duty to investigate and learn about injustices that exist in our own community. But we’re not. Not as much as we should be.

Here is one excerpt from Michaelson’s piece:

Imagine you’re an 18-year-old woman in a Hasidic enclave. You’re married, with two or three kids already, and you’ve been told that “outside” everyone is evil, depraved and miserable. You barely read English. And you know that when your cousin left, she was destitute, disowned and disgraced. There is no one to help you if you leave. You’re on your own. So of course you stay. We are abandoning thousands of our fellow Jews to this hierarchy of power and abuse.

I encourage you to read the rest of the article, and make a commitment to fight the good fight. As someone who has experienced the challenges of leaving the ultra-orthodox world, this is an issue I care about deeply.

I have seen this struggle firsthand. Additionally, as the founder and former Executive Director of the nonprofit organization Footsteps, I met many brave men and women who, like the hypothetical Haredi woman Jay describes, were prepared to start anew as native-born immigrants in a foreign world.

Footsteps remains the only organization in North America that helps people seeking to leave the ultra-orthodox community. Though I am no longer on the staff of Footsteps, and have been pursuing community engagement efforts in Mississippi for the past few years with the ISJL, this mission remains important to me. I urge you to learn more, and to support both the work of Footsteps and those individuals who choose to leave their communities.

Do not stand idly by. 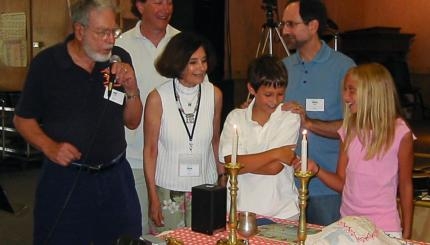 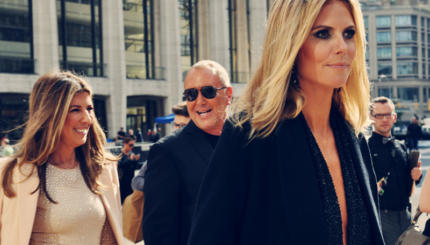 What Does Project Runway Have To Do With Jewish Learning?

It's worth exploring as the Global Day of Jewish Learning draws near...