The new book Folktales of the Jews: Tales from Arab Lands, edited by Dan Ben-Amos, collects hundreds of years’ worth of Jewish stories culled from all over the Diaspora. This is an excerpt, reprinted by permission of The Jewish Publication Society. 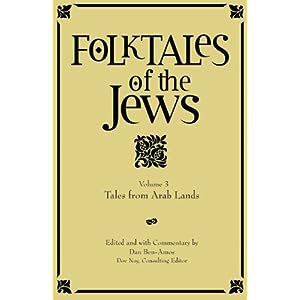 There was a place in days of old where the custom was to crown a king according to the will of heaven. They had a special bird that they called the bird of happiness. Upon the death of the old king, they would let the bird fly and crown whoever’s head the bird came to rest upon.

One day, the king died, and the bird came to rest upon the head of a slave. This slave used to wear a cap of feathers and a belt made of sheep hooves. He earned his bread by dancing and drumming at weddings. When the slave was chosen to be the king and moved to live in the royal palace, he ordered the construction of a small house alongside the palace. Into this small house, he put all his possessions: the cap of feathers, the belt of hooves, and the drum. He also put there a large mirror.

The new king dealt with his people kindly and compassionately and was loved by all. Often, he would visit the small house alongside the palace. Once he left the door open, and the ministers saw their king put the cap on his head, strap the belt around his hips, and drum and dance before the mirror.

The ministers asked the king to explain his actions: “Are you not a king and must you not preserve your own dignity, even for yourself?”

The king answered, “I was a slave and was made a king. Daily, I wish to remember that I was a slave, so that I will not think better of myself than you and become proud-hearted.”

Solomon the Wise, one of King David's three sons, built a truly organized and centralized monarchy.