The cool thing about Google Maps isn’t that it gives us a chance to browse a map of pretty much anywhere the world, from downtown Jerusalem to the cool museum down the street from MJL that I’ve never been to.

True to form, the first (and, for a while, only) people to take advantage of the technology are geeks. A few months ago, Wired started a fan-generated map of Thomas Pynchon’s Los Angeles. My family, true geeks that we are, started a private map of our favourite day trips around Melbourne. But this is actually mainstreaming the technology (and actually making it helpful, in an academic/class projects/cool stuff to know sense): Our friends at the Jewish Women’s Archive have started an interactive, user-generated guide to physical landmarks in Jewish womenâ€™s history.

And, refreshingly, it’s not one of those old-world Jewish-nonprofit “innovation” ideas — you know, the kind where it’s one person’s property or where nobody else can see what’s going on. The entire thing is accessible on Google Maps and on JWA’s website. Using their online form, anyone can propose their own content to be added, making it a truly collaborative work. (I just added the Central Library in Brooklyn, where the last Lubavitcher Rebbetzin was known to spend much of her time.) (I hope it makes the cut!) The map is still in its infant stage; most of the locations are in North America (and most of those are near New York), but already Europe’s starting to be populated, and I wouldn’t be surprised if the Middle East and Northern Africa followed suit. 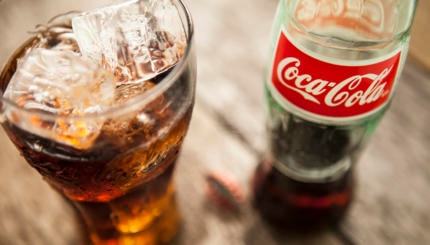 While the iconic soft drink has been on the market since 1886, only since 1935 has it been certified kosher, including for Passover.