Yesterday I was watching ’17 Kids and Counting’ again and was getting kind of grossed out by how much they talk about sex for a bunch of ultra-religious abstinence enthusiasts.Â  The eldest of the 17 kids, Joshua, is all of 20 years old, and recently got engaged (he’s married now, but just got engaged on the show).Â  He and his fiancÃ©e have never kissed, but they do occasionally hug and hold hands like their lives depend on it.Â  They also talk about sex and how they’re not having it all the time.Â  This may just be editing and probably has a lot to do with questions that the producers pose to the kids in their interviews, but as far as I can tell they talk about sex kind of a lot.Â  They talk about how it’s hard to wait, and why they think it’s important and what role they think sex should have in their lives.Â  And okay, it kind of makes me cringe to hear them talk about sex, but I think that the fact that they talk about it so much, even with their parents, makes them feel better about their choices, and makes them generally more thoughtful than if they just didn’t bring it up.

The Jewish community has just begun to feel more comfortable talking about sex.Â  We are finally seeing conversations, both public and private, about sex and sexual health, and though I know it makes a lot of people really uncomfortable, I think it’s incredibly important. Teenagers are going to talk about sex whether or not they’re encouraged to do so, so why not, on occasion, give them something specific to talk about?Â  We are all pushing “Jewish continuity” at every opportunity, and at its base this idea means that we all need to be having sex and making babies.Â  If this is so important, why can’t we talk about it?

An added bonus to encouraging people, especially young people, to talk openly about sex with their peers and the adults in their lives: they’re more likely to report sexual abuse in the community, which means we can charge and prosecute more sexual offenders and make our communities safer.

So go on–find someone to talk to about sex!Â  I bet you’ll like itâ€¦ 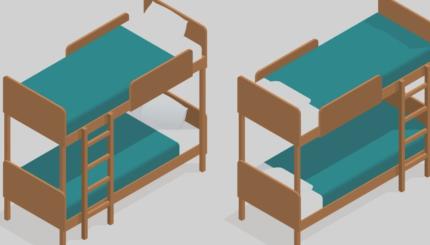