Barry Bonds became MLB’s new home run king last night, and while this could inspire blog posts about Jewish attitudes toward steroids, I’ll just stick to baseball and point out Bradford Pilcher’s new article about why Jews love their sports stars so much:

The athlete as refutation of the weakling stereotype may have something to do with Jewish sports fandom today, but it probably isn’t at the core of why Jews flock to Jewish sports stars. For that answer, you should look at what sports represents in American culture. It has been called a democratizing force or “the American religion.” There is no doubt that for immigrants eager to assimilate into their adopted society, finding a connection to the American pastime seemed as sure a ticket as any other.

Michael Phelps must be too good for everybody. Why should anyone attend the World Swimming Championships just to compete for ... 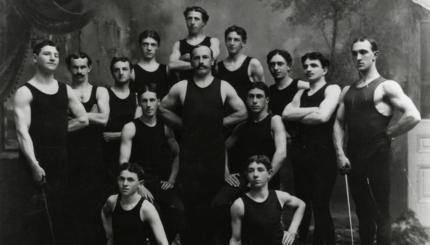