Valentineâ€™s Day is problematic for Jews. Not only is it a saintâ€™s day, but itâ€™s got a nasty history of violence for us.

[Not] only is Valentine’s Day indisputably a Christian holiday that honors a Christian martyr, but several thousand Jews were martyred on the day named after him. In the mid-fourteenth century, tens of millions of Europeans were dying from the plague; rumors were rampant that Jews dreamed up the disease to poison Christians. In Strasbourg, a mob used this as an excuse in 1349 to exterminate local Jews to whom they owed massive debts. About 2,000 Jews were rounded up and burned to death on a platform in the local Jewish cemetery.

But never let it be said that Jews donâ€™t believe in Love.

So, if you have heart-shaped and chocolate-flavored romance on your mind today, click here for some Jewish views on love and sex.

And join the discussion: Should Jews celebrate Valentineâ€™s Day? 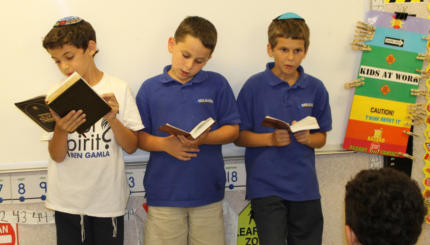 A popular prayer with a controversial history.