I know I just picked on the JTA last week for its coverage of the “Most Hated Israelis” study, but I’ve got another bone to pick.

This just in from today’s Breaking News:

Jews increased their numbers by two in the U.S. Senate and at least four in the House of Representatives…

That means at least 30 Jews will serve in the House in the next Congress.

Discussing Jews as a special interest group or weighing support for Israel as an American election issue is complicated enough, but this Jew-tally seems totally fetishistic and inappropriate. Even I’ve played “Count the Jews” before, but as a guilty pleasure — not Breaking News.

If in a month, JTA said “Hey, wow, can you believe there are 30 Jews in congress?” (or whatever the journalistic version of that would be), I’d be fine with it, but on a day when the balance of power in the House, and possibly the Senate, is shifting, a day when Donald Rumsfeld is (finally?) getting the boot, is this really appropriate?

Guest blogger Simcha Weinstein is the rabbi of the Pratt Institute. His latest book, Shtick Shift: Jewish Humor in the ... 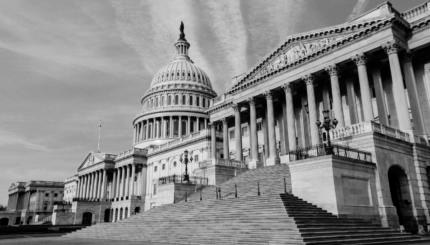 The Day the Rabbis Marched on Washington

Four hundred rabbis marched together to bring to President Roosevelt's attention the atrocities being committed by the Nazis in Europe.

Joe Six Pack and the Jews

Unless your internet is down and you don’t have cable (a quick shout out to my brother), you know that ...