This past week I was lucky enough to travel to Israel on behalf of my (other) work, for a short and productive trip. Of course, I had to get some eating done along the way…and after a few meals, I noticed a recurring theme: vegetables!

No sooner had we landed than I found myself at a meeting in a Tel Aviv Cafe where the menu was filled with interesting, and delectable looking veggie options. I happily ordered a rich mushroom soup served with a pesto toast point, and cauliflower cakes with tzatziki and cucumber salad.

After finishing this meal, I realized that I had not chosen my usual sandwich, or pasta – but two small dishes using a variety of veggies. And so I began to take more careful notice of my vegetable and fruit choices at each meal. The next morning came, and Israeli salads and fruits abounded at the breakfast buffet. For lunch, six difference salads and veggie filled sandwiches awaited me at another meeting.

After these series of meals, a light bulb sort of went off about Israeli cuisine, and the way Israelis are using produce in appealing and accessible ways. And I realized that here in the U.S. the influence of Israeli cuisine is also starting take hold, as I thought of two restaurants on the East coast where vegetables feature prominently and creatively on the menu.

Balaboosta in New York City is one of my new favorite eateries, and each time I go, I cannot get enough of the crispy cauliflower, and patatas bravas with zatar. When was the last time you ate a meal and said, “I need more of that cauliflower!”

I have yet to visit, but I hear from reliable culinary sources that Zahav in Philadelphia is a similar experience – the menu is filled with interesting vegetable dishes, including their own crispy cauliflower, as well as simple, traditionally prepared fishes and meats. I am thinking about a trip to Philly soon just so I can check it out!

So now that I’m back, I guess its time to start incorporating some more innovative veggie-centered dishes to my weekly repertoire. Would love to hear some suggestions for your tastiest, healthful veggie-focused dishes! 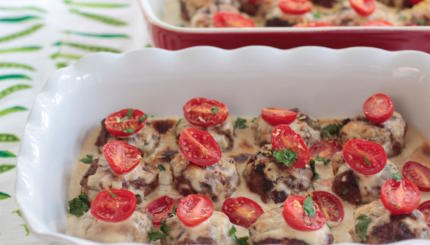 Meatballs with Tahini and Tomatoes Recipe

The rich, nutty flavor of sesame adds a special pop to this creamy dish. 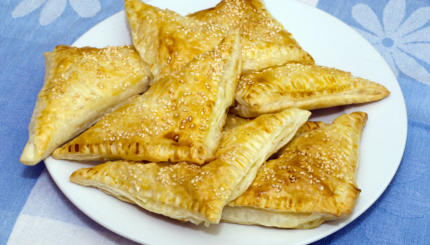 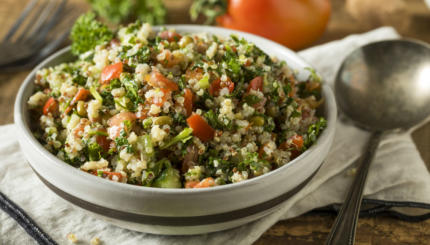 A simple and satisfying side dish to enjoy during Passover or anytime.