Imagine for a second, a group of Jews cooking a slightly different version of challah for Shabbat, matzah for Passover, and donuts for Hanukkah. A group of people whose ancestors were forced to convert to Catholicism against their will, yet continued to practice Jewish customs underground, even at the risk of being ostracized and tortured for doing so. Meet The Silent Jews.

Sometimes referred to as Crypto-Jews, anusim (Hebrew for coerced ones), or conversos, Silent Jews are descendants of Spanish Jews expelled from Spain and Portugal in 1492. Most left medieval Iberian territories for the Ottoman Empire or North Africa; others fled persecution and settled in new frontiers in the New World, where many found refuge.

I come from one of those persecuted families who came to South America around 1532 and discreetly practiced Jewish rituals, living in fear of being hunted down by the Inquisition. I only found out that my family was actually Jewish as a teenager, that all our colorful, fragrant, crunchy dishes were deeply rooted in Judaic culinary traditions from 16th-century Spain. That the ingredients and aromas of my mom’s kitchen resembled dishes from the Sephardic gastronomy repertoire.

When the pandemic struck, the combination of lockdown, curiosity, and melancholy led me to knead, mix, and eat plates from my mom’s Jewish inheritance passed on through several generations of women in our family. The kitchen was the right place to honor their sacrifices, bravery, and perseverance to maintain tradition, despite centuries of fear and persecution.

My locked-down days soon began to be filled with ingredients such as eggplants, spinach, leeks, and turnips, which mingled with the scents of cinnamon, anise, cardamom, and nutmeg, coming together with dried fruits and legumes.

Arroz con garbanzos (chickpea rice) was one of those dishes. With its characteristic aroma of bay leaf, caramelized onions, and raisins, it’s cooked with turmeric to give it its signature yellow color. As a kid, it was often mixed with a fried egg, with parsley sprinkled on top. In my search for Sephardic recipes, I became aware that this dish is very similar to pilaf with saffron, a Mediterranean spice my ancestors did not have access to since it didn’t grow in their new home.

Another delicious dish that also appears in the kitchens of Sephardic Jews from Turkey, Greece, and Morocco is estofado de berenjenas (eggplant stew). Made by sautéing eggplants in olive oil with garlic, onion, and cumin, this quick stew is served with smoked cheese or feta and an abundance of cilantro. My family pair it with homemade bread or corn arepas, an example of incorporating local ingredients.

On the most stressful days of the past year, comfort food became a necessity. A hearty dish of huevos con tomate (eggs with tomato) afforded me a sense of tranquility and a break from the chaos and uncertainty that surrounded me. This dish, which closely resembles shakshuka, was cooked at my house with ají dulce —the Caribbean’s colorful semi-spicy pepper— chili flakes, and smoked paprika. It’s so piquant and fragrant, I usually pair it with plain white rice or bread. However, my mother served it as a second course to complement her traditional pescado mermao, a hake fish stew cooked over a slow fire in an iron skillet with a mixture of garlic, peas, and eggplant, smothered in a sauce of chilies and tomatoes. The last touch included a bunch of fresh cilantro leaves and a hint of sour lime juice. It filled our entire house with a thick, citrusy aroma.

And the desserts! Buñuelos, small balls of fried dough with a sweet or salty filling; mine are usually made with raw cane sugar syrup, cloves, and nutmeg. There was always cake — plantain cake with cinnamon and smoked cheese, or traditional bizcochuelo, a sponge cake that was ever-present in my school lunchbox. Similar to pan d’Espana, which Sephardim took with them to the Diaspora, my mother put her own spin on this soft, light cake, using cornmeal instead of ground almonds, substituting orange blossom water with a few drops of rum, and swapping grated orange peel for the peel of a lemon, instead.

Reconnecting with my roots through food during these difficult times has helped me to cope with stress, anxiety, and loneliness. There’s still so much to cook, eat, and share; I’ll continue paying homage to each and every one of the dishes that my family preserved with such dedication and courage. This is the only way I can celebrate — and always carry with me — their everlasting legacy.

To read more about Orge’s family history, check out this essay on our sister site, Hey Alma. 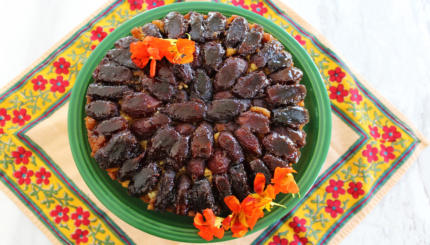 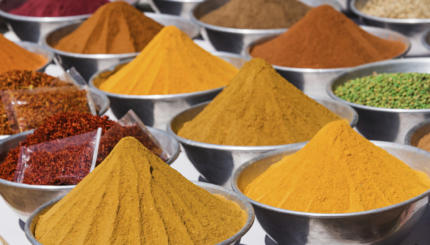 The foods of Rome’s Jewish quarter are definitely of interest right now, and the lesser-known, somewhat hidden cuisine of Rome’s ... 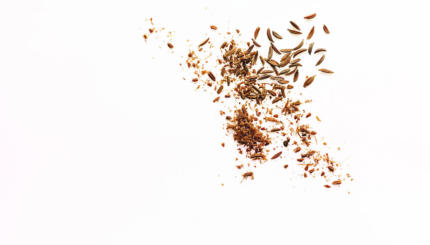 What is Caraway and How Do You Use It?

You probably recognize caraway seeds from rye bread. I remember eating pumpernickel bread as a child at my grandparents’ house ...