Gribenes Is the Perfect Hanukkah Food

Remember when the Israelites left Egypt and were wandering in the desert, kvetching about their daily fare of manna and more manna? The Torah tells us one of the foods they wept for was leeks, a soft-spoken member of the onion family.

Leeks, native to the eastern Mediterranean, were on the tables of the Egyptians and later the Romans, who sowed them as they swept across Europe.

Fast forward a thousand years, and leeks once again play a leading role in Jewish history as a favorite of the Sephardim, the Jews of Spain, who came to Iberia around 250 BCE with the Romans. While leeks appeared in many Sephardic dishes, Christians wouldn’t touch them, thinking them, along with onions and garlic, to be low class. Sadly, leeks were so identified with the Sephardim that they became one of the foods that betrayed Jews during the Inquisition. As we know from Inquisition testimony, being caught cooking with leeks led to torture, imprisonment, and worse.

When the Sephardim left Spain, they took their love of leeks with them. A large number of Sephardim found a safe haven and expanded leek repertoire in the Ottoman Empire, centered around modern-day Turkey. One of the dishes the Sephardim adopted was the popular fried leek patties, called keftes de prasa in Ladino. Fried in the requisite oil, keftes de prasa are a Sephardic favorite for Hanukkah.

Note: The cooked patties can be frozen after cooling completely. To reheat frozen patties, allow them to defrost enough that they can lay flat on a baking sheet, then warm in a 325 degree F oven for about 15 minutes. 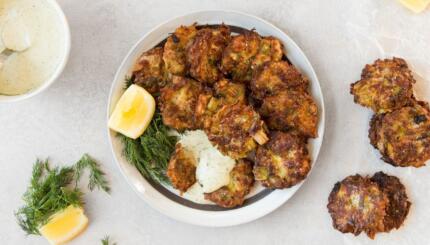 A perfect side dish, snack or dinner too. 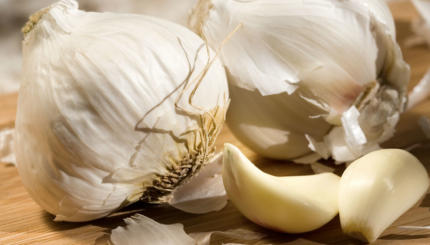 Why Garlic is Actually the Most Jewish Ingredient Ever

Garlic signals the difference between Jewish and non-Jewish dishes.

In the chill of January and February, comfort foods are more than just a welcome respite on the table. For ...