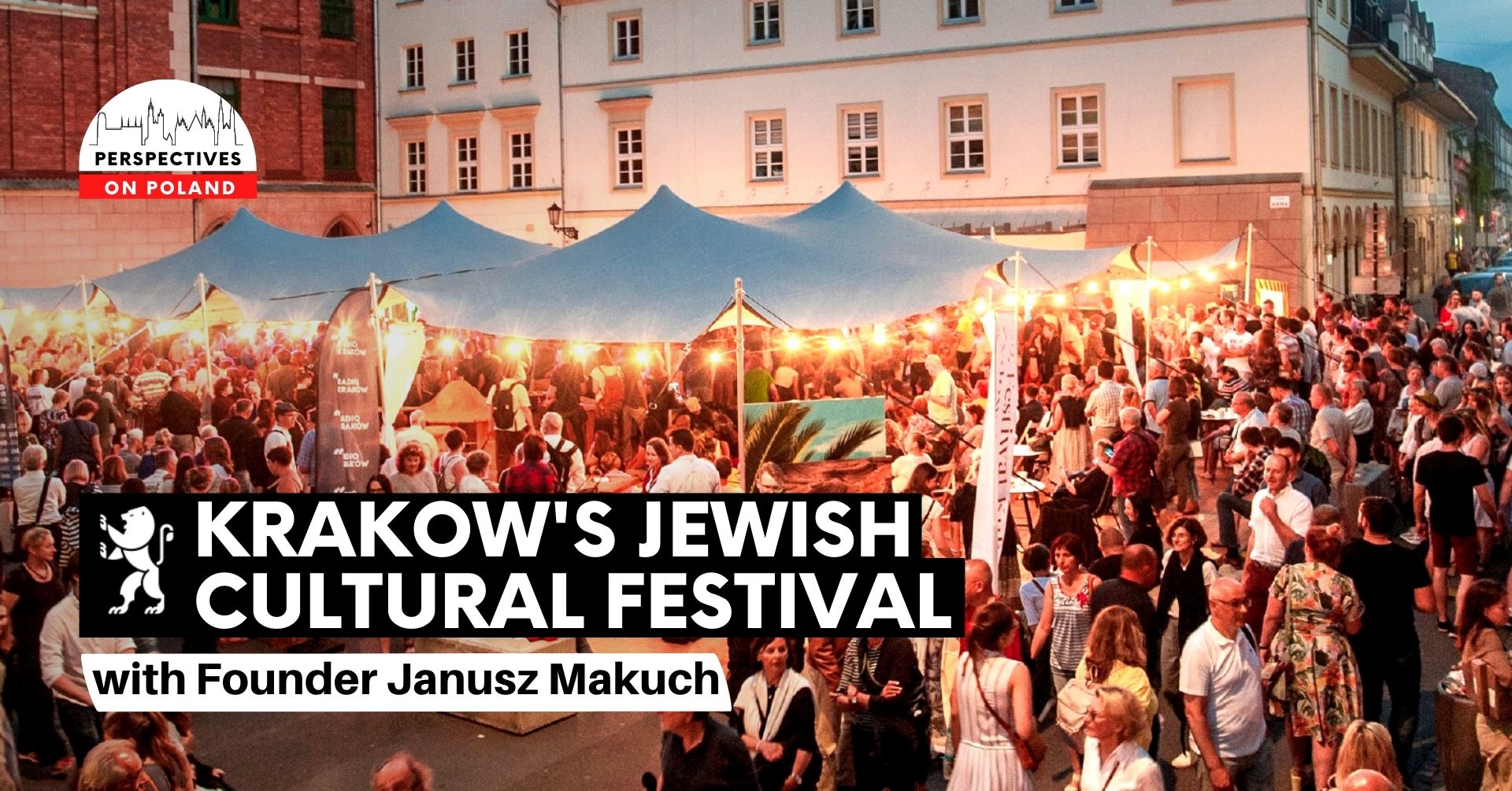 The Jewish Culture Festival in Krakow is the largest presentation of contemporary culture created by Jews in Israel and the entire diaspora. The 31st Festival begins in late June, and you are invited to tour the festival and its history from the comfort of your own home. For many years after WWII, those who were murdered in the Holocaust and those who were expelled were not part of the social memory of Poland. When the Festival began in 1988 (one year before the end of communism in Poland), it was the first time after WWII that Jews were celebrated publicly and widely. Each year, the festival hosts 300 events over 10 days for over 30,000 global visitors featuring 150+ artists from around the world.

Join Festival founder Janusz Makuch for a conversation on the role of the Festival in restoring the memory of Polish Jews and its importance in contemporary Polish Jewish life.