The Letter’s Project: A Daughter’s Journey, with Eleanor Reissa 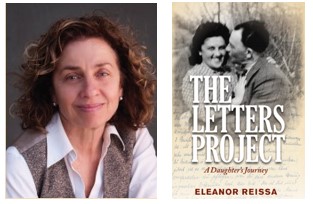 “The Holocaust,” Eleanor Reissa writes in this unforgettable and courageous book, “is attached to me like my skin and I would be formless without it.”
In 1986, when her mother died at the age of sixty-four, Eleanor Reissa went through all of her belongings. In the back of her mother’s lingerie drawer, she found an old leather purse with a wad of dried up papers in a brittle baggie: fifty-six letters, handwritten in German by her father, in 1949 – only four years after Auschwitz – to her mothers, also a refugee, already living in the United States.

With her father’s letters as her silent guide, Eleanor goes on a journey down the River of Time, unearthing the unknowable – about her family’s past, about the Holocaust, and about her own present.

A Rendezvous with Walt Whitman and the National Library of Israel

Hatikvah, the National Anthem of Israel

Hatikvah, literally "the hope," is Israel's national anthem. Its lyrics were written in 1886 by Naphtali Herz Imber, a poet originally from Galicia. The melody was written by Samuel Cohen, who based the melody on a musical theme from Bedrich Smetana’s "Mo