New York, “The Greatest Jewish City in the World” – A presentation in 3 parts on Zoom: Session III – COMMUNITY 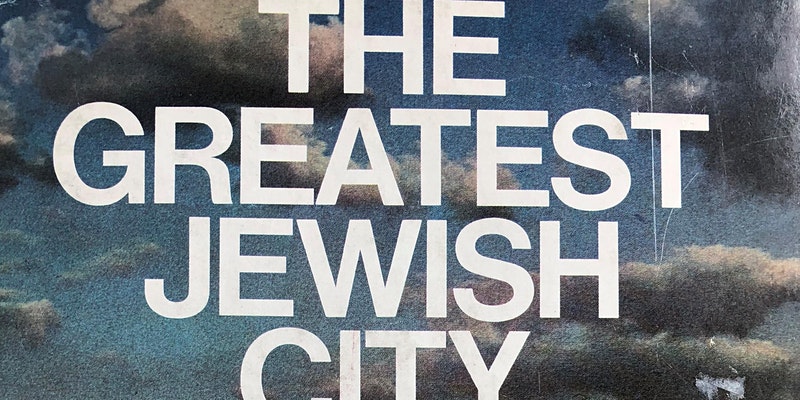 Join us for part 3 of a 3 part series on Zoom about New York City, which examines the incredible diversity of New York’s Jewish community including its ethnic and religious sub-cultures, its secular and religious institutions, and the culinary and commercial offerings of its multiple Jewish neighborhoods.

You do NOT have to have participated in Part 1 which covered the Jewish historical context or Part 2 about the role of New York Jews in pop culture to enjoy this last session, which examines the city’s incredibly diverse Jewish community, establishing New York as a ‘new Jerusalem.’ By discussing the historical background, cultural contribution, and community life of the Jews in NYC over the course of these three sessions on Zoom, David will reveal the extraordinary impact made by the ‘New York Jew’ on the face of this city and on history writ large.

Our presenter for this series, David E. Kaufman, was born and bred in Brooklyn, New York, and educated at the Bialik Hebrew Day School and the Yeshiva of Flatbush High School. He holds degrees from Columbia College, the Jewish Theological Seminary of America, and Brandeis University. A PhD in American Jewish History, he has taught at numerous colleges such as CUNY, Brown University, University of Massachusetts/Amherst, Hebrew Union College/Los Angeles and Hofstra University. In addition to numerous articles on the social, religious, and architectural history of the American synagogue, Dr. Kaufman has authored two books: Shul with a Pool: The Synagogue-Center in American Jewish History (Brandeis, 1999) and Jewhooing the Sixties: American Celebrity and Jewish Identity (Brandeis, 2012). David currently lives on the Upper West Side and is engaged in public education, researching, writing, and teaching the history of the New York Jewish community.