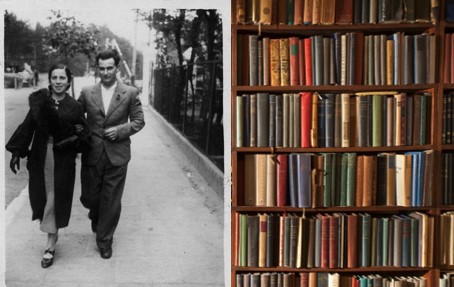 Mila Goldberg, who recently donated her father’s Yiddish library to the Yiddish Book Center, will tell the story of her father’s amazing library. Her parents were Polish Jews who married in April 1939, one month before the Nazi invasion. Forced to make a life-or-death decision, they fled east and became refugees in the USSR, where they were sent to a Siberian gulag and later lived in Central Asia. They had a bittersweet return to Poland and in their later life lived in Paris.