Kavkazi “Mountain Jews”: Ancient Hebrew and Persian Roots at the Border of Azerbaijan and Russia 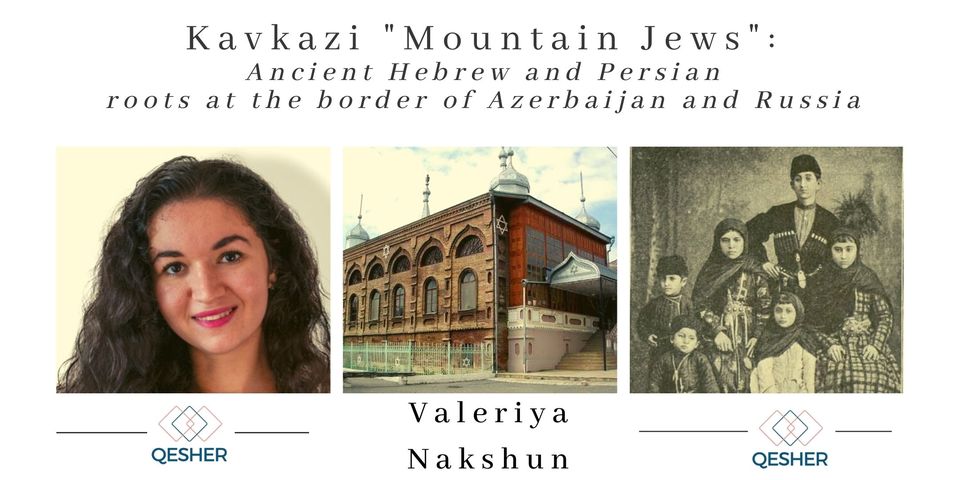 The Jewish community of the Caucasus lived for centuries in the mountainous region between the Black and Caspian Seas. However, their history dates back to biblical times, when they found refuge in the Persian Empire. They remained under the sphere of Persian influence until 1812, when these lands were ceded to Tsarist Russia to be later absorbed into the Soviet Union. This talk will feature an overview of Kavkazi Jewish origins and history, and the way in which the diaspora is making efforts to preserve their heritage today.

In Person
Families and Kids

Holding the Broken and the Whole Together

Hosted by: The Institute for Holiness: Kehilat Mussar

A history and overview of this virtues-based approach to Jewish ethics and character development.

Rosh Hashanah is coming. I know, because rabbinic colleagues are posting on Facebook about their daily preparation of sermons, and Jewish blogs ...