Question: When did Reform temples begin holding worship on Sundays, and what caused the shift from Saturday, which is the regular Jewish Sabbath?
–Keith, CA

Answer: Today, so many of us are accustomed to our synagogues and temples holding their main services on Saturday that a lot of people don’t realize that wasn’t always the case. You’re on top of your game, Keith — for many years, Reform temples tended to have their main service of the week on Sunday morning, not Saturday.

How did this happen? The story begins in Germany in the early 19th century, when Reform Judaism was just beginning to develop. Rabbi Samuel Holdheim was the head of a group of Reform rabbis in Berlin who were making a lot of changes to Jewish practice. Among the changes he instituted was moving the main weekly service to Sunday at the synagogue where he worked. Why the change? At that time, Germany was observing a six-day workweek, with only Sunday as a day off. This meant it was nearly impossible for many people to attend services on Saturday, because they had to be at work.

Holdheim concluded that it was better to preserve the Jewish religion than to maintain the importance of a specific day. Observing Shabbat by attending services was, he held, very important; so much so that it should happen even if that meant holding Shabbat services on a different day of the week. It’s important to note, though, that Holdheim advocated the move to Sunday only in places where Saturday services had outlived their sphere of usefulness and “succumbed in the struggle against the demands of life.” He treated his Sunday service as if it was Saturday, in terms of liturgy, ritual, and sermon.

Holdheim’s policy was slowly adopted by a handful of Reform institutions in Germany, and when Reform Judaism made its way to America, the Sunday service came along. In 1885, the Reform rabbinical conference in Pittsburgh unanimously agreed that Shabbat was too important to be limited to Saturday.

They wrote, “It cannot be denied that there is a very large number of Jews who, owing to economic and industrial conditions, are not able to attend services on our sacred day of rest; be it resolved that in the judgment of this conference there is nothing in the spirit of Judaism to prevent the holding of divine services on Sunday, or any other day of the week, where the necessity of such services is felt.”

Essentially, if people could not get off of work to come to services on Saturday they should still strive to attend a service at a synagogue or temple, even if that meant doing so on Sunday. In contrast with the practice begun by Rabbi Holdheim, Reform rabbis in America weren’t advocating transferring Shabbat services to Sunday altogether. Rather, they were offering a supplementary service and sermon on Sunday for those who could not attend on Saturday.

In practice only about 15 percent of Reform synagogues in America ended up adding a Sunday service, and all but two of those congregations still held services on Friday night and/or Saturday. Still, the communities that held services on Sundays were large and powerful ones within the Reform movement.

Meanwhile, the Orthodox community in America was getting increasingly frustrated about the six-day workweek. In many states, blue laws made it illegal to do business on Sunday, so Jews who owned businesses and observed Shabbat were forced to be closed on both Saturday and Sunday. Many Jewish families became accustomed to going to synagogue early Saturday morning and then going to work. In order to combat what they saw as a real divestment from Jewish tradition, Orthodox rabbis joined in a campaign with labor unions to shorten the workweek to five days.

Clothing manufacturers were the first industry to cut down their workweek. By the mid 1920s, some major garment worker unions were insisting on a five day workweek, and the Jewish community — across all denominations — vocally supported this cause. Over the next 15 years more and more industries moved to the five day workweek, and by the end of World War II, the five-day workweek was standard across most industries.

Once the workweek had been shortened and people were no longer obligated to be at their jobs on Saturday morning, many Reform temples began moving their main weekly services to Friday night, and eventually to Saturday morning. Today, there are only a few Reform synagogues that continue to hold services on Sunday morning. 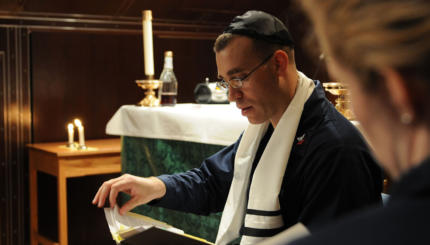 Rabbis and Jews argued for a five-day work week in order to be able to observe Shabbat. 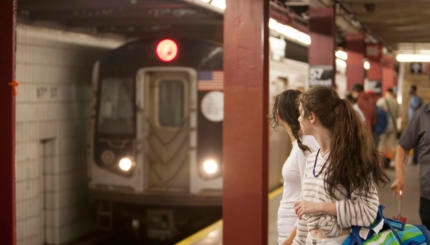