Join the Hellenic Film Society for a screening of “Cloudy Sunday,” a love story about a young Christian man and a Jewish woman set in Nazi-occupied Thessaloniki.

Traditional Sephardic music and Tsitsanis’ lilting melodies add to the poignancy of this enthralling drama about love and the horrors of war. The Forward calls it “a powerful, melancholy text that has important implications for contemporary struggles.”

Hosted by: Program in Jewish Studies at University of Colorado Boulder

Book Talk: The Apple and the Shady Tree 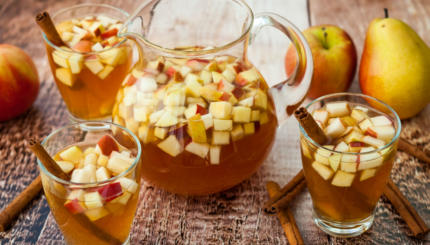 An easy-to-make and easy-to-love drink.