God, guns, abortion, affirmative action, vaccine mandates, unprecedented leaks, Ketanji Brown Jackson… – join us on as Dean Erwin Chemerinsky takes us through a most momentous year of cases decided (and still to be decided) by the Roberts Court and tells us what to expect in the coming term.

Erwin Chemerinsky, who currently serves as President of the Association of American Law Schools, became the 13th Dean of Berkeley Law on July 1, 2017, when he joined the faculty as the Jesse H. Choper Distinguished Professor of Law. Prior to assuming this position, from 2008-2017, he was the founding Dean and Distinguished Professor of Law, and Raymond Pryke Professor of First Amendment Law, at University of California, Irvine School of Law. He is the author of fourteen books, including leading casebooks and treatises about constitutional law, criminal procedure, and federal jurisdiction, and is the author of more than 250 law review articles. Dean Chemerinsky frequently argues appellate cases, including in the United States Supreme Court. In 2017, National Jurist magazine named Dean Chemerinsky as the most influential person in legal education in the United States.

The Supreme Court and the Health Care Act – A Populist Response 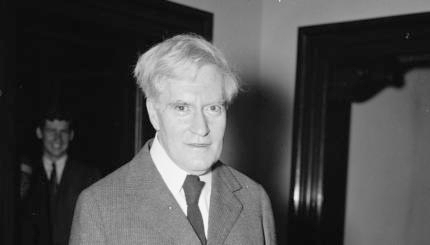