Benjamin Netanyahu on BIBI: MY STORY

Less than two weeks prior to Israel’s fifth election in less than four years, The Temple Emanu-El Streicker Cultural Center, the Book Festival of the Marcus Jewish Community Center of Atlanta (MJCCA), the National JCC Literary Consortium, and the Jewish National Fund-USA are honored to host the one candidate running to serve his sixth term in office, Benjamin Netanyahu, upon the release of his new memoir, Bibi: My Story.

Bibi will join us to discuss growing up the son of a distinguished Zionist family; giving up a comfortable life in America to serve in an elite Special Forces Unit of the Israeli military; the death of his brother Yonatan during the historic rescue of 102 hostages in Entebbe, Uganda; his long negotiations with Presidents Clinton, Obama and Trump; his personal perspective on Middle East geopolitics; and his view of Israel’s future either under his leadership of the nation or of the Opposition.

Kosher Nostra: The Life and Times of Jewish Gangsters in the United States

The Women of Rothschild: The Untold Story of the World’s Most Famous Dynasty

Bringing Their Voices to Light: Women in Yiddish Literature

Because many Jewish writers wrote in German, Russian, French, and other European languages, what we call "European Jewish literature" overlaps with European literature as a whole.

The Yiddish Author You Never Heard Of, And The Southern Jewish Man Who Will Introduce You To Him

One of my favorite things about my new role as a full-time historian at the ISJL is getting to meet ... 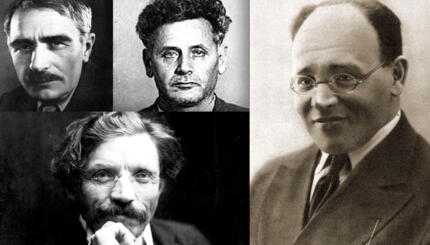