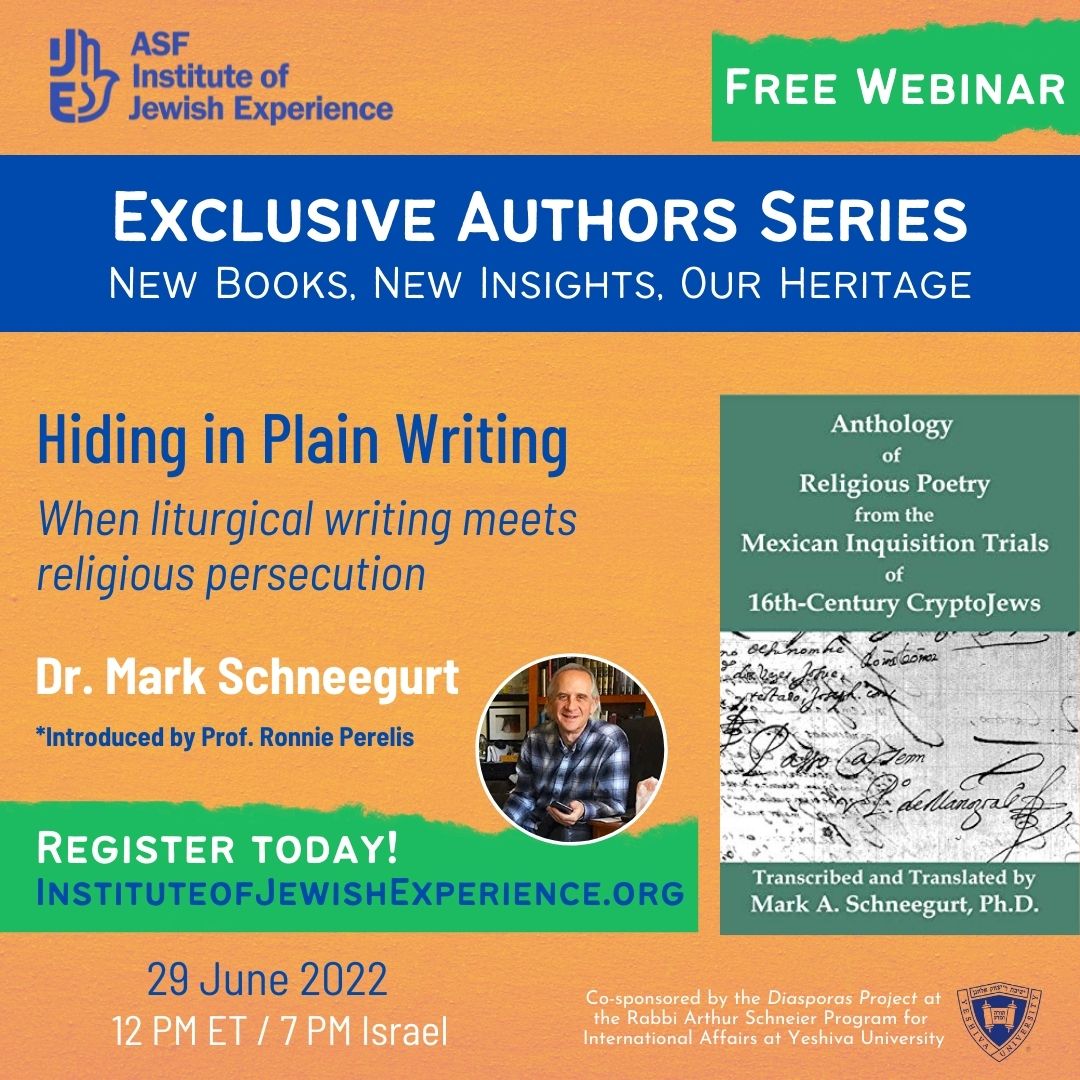 A century after being expelled from Portugal, crypto-Jews in Mexico, false converts to Christianity, could not speak of their beliefs for fear of becoming embroiled in the imprisonment, torture, and death in flames that characterized the Inquisition. Without written texts, the Jewish liturgy lost, clans of cryptoJews created a unique body of religious poetry, connecting them to the Laws of Moses, seeking redemption from sin, or hoping for an escape from their embittered lives. The Carvajal clan was led by Luis el Mozo, an alumbrado, a mystic, and his Judaizing sisters. Once discovered to be secretly practicing Judaism, years of suffering at the hands of the Inquisitors were meticulously recorded in the transcripts of their long demeaning trials. The Carvajal’s friends, spouses, children and grandchildren were implicated as Judaizers, with many being reconciled by the Church to secular authorities to be burned alive at massive public ceremonies. The burning of Luis and his sisters was the main attraction for cheering crowds at the auto de fé of 1596 in Mexico City. The cruelty of the Inquisitors was matched by their attention to legal detail and testimonies made at trial. Buried within thousands of pages of transcripts, hiding in library special collections of rare books around the world are the only remnants of the religious poetry that sustained cryptoJews hiding in Mexico. Anthology uncovers these hidden treasures!

Mark A. Schneegurt is an author, educator, scientist, and entrepreneur. His books range from scholarly works on science, religion, and literature to popular books on The Beatles. He has authored 80+ publications and has made 200+ public presentations of his works.

“The Flat” Screening and Discussion