There is a myth of a time when everyone in the world was able to work together on the same project. The myth appears in the Torah. It begins: “All the earth had the same language and the same words.” The people decided to build a tower up to the sky, in order to “make a name for ourselves and not be scattered over all the earth!” But God does not approve of this project. Consequently, God decides to “confuse their speech, so that no one understands what the other is saying.” They are scattered over the earth, and it’s called the Tower of Babel.

One question that comes to my mind about this story is: When I look at our world and this horrible race for the presidency, and the divisiveness, and racism, and sexism, and homophobia, and all the other terrible things that exist, how could God have a problem with people being united and understanding each other? Based on a midrash, our rabbis had the same question. This is the story told in a collection called Pirkei d’Rabbi Eliezer to explain what the issue was for God:

There were steps going up one side of the tower and down the other. The people would take the bricks up one side to build the tower higher, and go down the other side, having carried the bricks up. If a person fell down the stairs and died, the people didn’t care. If, however, a brick was dropped and broke, they would weep and wail, saying, “Oh, no! When will we be able to get another brick up here?” (paraphrased from New Studies in Bereshit, by Nechama Leibowitz, p. 103)

From this we understand that the rabbis believed that valuing human life is more important than unity and understanding one another. That’s a very big deal. I certainly feel pain from the way lack of understanding of each other and our disunity seems to be tearing our country apart right now. I’d rather we were united. But valuing human life is more important that understanding each other and being united. And in fact, we know from the best parts of our tradition that Judaism actually values challenges and disagreements. However, challenging and disagreeing also goes terribly wrong when we lose sight of valuing humans.

We can and should disagree, and do so passionately. But we must also listen to each other. We must cultivate curiosity—if the person whose opinions I abhor is made in God’s image, what can I learn from them about why they hold these opinions? Where can we find common ground? How can we work together? How can we share this country? Because we do share it.

I hope everyone is planning to vote tomorrow. Vote wisely and thoughtfully. And before we condemn those who are voting differently than we are, before we dismiss them or demonize them, let us remember their value as human beings, value that they have because they, like us, are made in God’s image. We are not united and we don’t understand each other, and we haven’t since the Tower of Babel. But unlike those ancient, mythical, united people, we can respect other human beings, have compassion for them, and work toward being able to coexist constructively. There are many people who feel damaged by this election process, by the vitriol and negativity. May we do God’s work by being instruments of healing for our nation and culture. We might not build a tower to the sky, but let’s try to build a country where every human being is respected and valued. 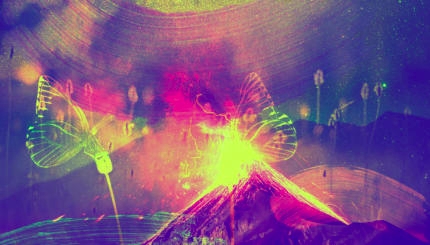 Judaism teaches that each of us is endowed with creative capacity simply by being human.