Last night thousands of Jews across the country marked the beginning of Chanukah with rallies and protests against racism and police brutality.

In Boston, nearly 300 Jews gathered in Brookline, a heavily Jewish community. Together the group lit menorahs as “a symbolic dedication to the fight to end systemic police violence and racial profiling, and to remember the lives of black people across the country who have been killed by police.”

As Idit Klein shared in a recent email to Keshet members, “during the eight days of Chanukah, we remember the fight of the Maccabees who stood up against their oppressors and said:
‘We won’t take it anymore!’

This cry of resistance is all too familiar. As LGBTQ individuals, advocates, and allies, we remember that Stonewall was a riot, and that where we are today was only made possible because people before us stood up and said: ‘
We won’t take it anymore!’”

For those of you who could not attend a Chanukah Action, here is a look at what happened in Boston. Be sure to check out resources here:

Protests organized by Chaunukah Action happened across the country—in places like Detroit, Brooklyn, San Francisco, and Seattle—to coincide with the first night of Chanukah. As many involved have noted, this is not the end of the conversation, but the start. 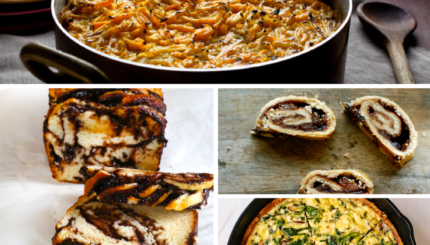 A gluten-free Yom Kippur break-fast might be a welcome change for those avoiding gluten, or folks seeking lighter fare. The ...