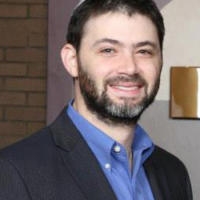 Rabbi Daniel Bogard is the Rabbi in Residence of the Episcopal Diocese of Southern Ohio, and an adjunct lecturer at Hebrew Union College in Cincinnati, OH. Along with his co-rabbi partner Rabbi Karen Bogard, he will be joining the rabbinic team at Central Reform Congregation in St. Louis, MO starting in July 2018. He is deeply committed to pluralism, and prior to serving as a Conservative rabbi at Adath Israel in Cincinnati, OH, Rabbi Bogard worked as a Pulpit Rabbi of Anshai Emeth in Peoria, IL, Director of Bradley University Hillel, and as an adjunct professor of Religious Studies at Bradley University as well. Daniel is passionate about social justice, about engaging people in meaningful encounters with Jewish text, and about being a dad to his three young kids. While in Peoria, IL, he was a driving influence in the creation of the “Peace for Peoria” social movement which focused on countering Islamophobia in Central Illinois, and eventually resulted in him being a subject of the “No Joke Project” documentary/book/tour about his friendship with the local Imam and Evangelical Mega-Church Pastor. He is a Senior Rabbinic Fellow of the Shalom Hartman Institute, and a current Rabbis Without Borders Fellow. 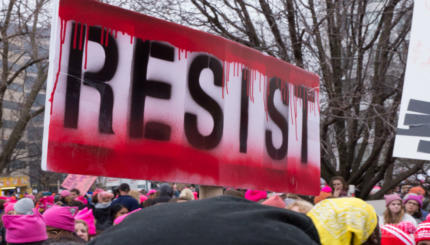 Amalek is within each of us. It is the voice that justifies our demonization of other groups of people