Mimi Micner is a fourth year Rabbinical Student at Hebrew College in Boston. While in school, Mimi has prioritized justice work. She was a Fellow with T’ruah: The Rabbinic Call for Human Rights and worked with The Good Old Lower East Side (GOLES) to combat gentrification in the Lower East Side of New York City, and the Program Director of Mitzvah Corps DC, a Reform teen community service and social justice summer program. She was a Community Organizing Trainer and Online Course Instructor for Don’t Kvetch, Organize with JOIN for Justice, and is the co-founder of the Jewschool column #TorahForTheResistance. Before attending Rabbinical School, Mimi was the Senior New England Campus Organizer with J Street U, where she organized college students for a two state solution to the Israeli-Palestinian conflict and an end to the occupation. Mimi was a JOIN for Justice Fellow from 2010-2011 and organized early childhood educators with the American Federation of Teachers. Mimi is from Vancouver, BC and now lives in Jamaica Plain, Massachusetts. 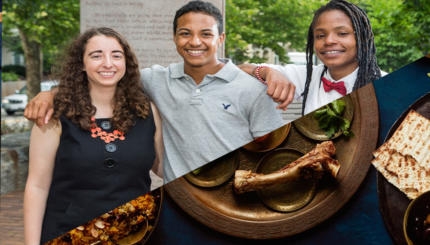 An Ancient Story and a Modern Struggle