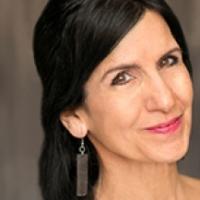 Chicagoan Lin Batsheva Kahn is a performer, choreographer and DePaul University professor who teaches Modern Dance and original academic courses such as "Creativity and Adversity: Psychology, Religious Thought, and the Arts." Vast choreography includes the Jewish musical play "A Dybbuk ~ Between Two Worlds" with original music by Ilya Levinson. Her upcoming 5th Jerusalem/DePaul teaching/performance project "Moving Toward Action with Music & Dance" with guest Israeli dancers is supported by JUF, Stand With Us, Israel Campus Coalition, and DePaul Diversity Offices. Numerous honors include "DePaul Excellence in Teaching Honoree," "Innovation in Teaching Award" from DePaul/Art Institute Committee, Chicago Jewish News' "Jewish Chicagoan of the Year", and Today Chicago's Woman magazine "100 Women of Inspiration." "Kahn's innovative choreography rose the Jewish soul of the play. As a collaborator she is gracious and makes everyone around her thrive." -- Jeremy Jacob Aluma, Director, A Dybbuk Attach and Leap: Creativity and the Good Inclination