The reason traces back to the way the timing of the new Jewish month was determined in ancient times. In those days, the new month was established after two witnesses testified before rabbinical authorities in Israel that they had seen the new moon. After the rabbis had confirmed the testimony, word was sent to Jewish communities throughout Israel and beyond.

Because it took a while for the news to reach far-flung communities, and because other peoples would sometimes interfere with the communication system, the tradition arose of observing the major Jewish festivals for two days outside of Israel, just to be certain the holiday was observed on the correct day. This worked fine for most Jewish holidays, which begin in the middle of the month.

Rosh Hashanah is the only Jewish holiday that begins on the first of the month, so even in Israel Jews could not wait until the confirmed appearance of the new moon to get word that the holiday had begun. Therefore, the tradition was established of observing Rosh Hashanah for two days even in Israel.

Even today,  when we have a set calendar, this tradition persists among most Jews, both in Israel and beyond. However, most Reform and some other liberal Jews have dispensed with the second day of the holiday, as they have with the other two-day holiday observances. 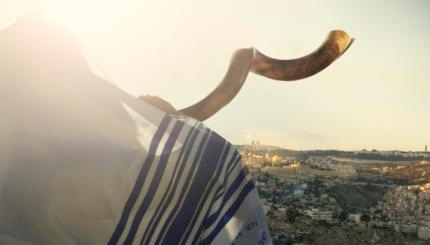 The Jewish New Year is simultaneously a time of great celebration and subtle trepidation.