Rosh Hashanah In The News

On Rosh Hashanah, tens of thousands of Jews from Israel and elsewhere descend on the small Ukrainian city of Uman to celebrate the Jewish new year.

Located some 130 miles south of the capital Kiev, Uman is the burial place of Nachman of Breslov, the founder of the Breslov Hasidic sect. A great-grandson of the Baal Shem Tov, the founder of Hasidic Judaism, Nachman was a charismatic Jewish mystic who believed Rosh Hashanah to be a spiritually auspicious time. Many visitors to Uman today believe reciting a particular selection of the Book of Psalms at his graveside has particular power.

The tradition of the Rosh Hashanah pilgrimage to his grave began after Nachman’s death in 1810 at the age of 38. For much of the next 200 years, it was a comparatively small affair. During the Communist era, it was especially tiny, and often conducted clandestinely.

But beginning in the 1990s, it began to grow exponentially and is now a massive undertaking, drawing tens of thousands of (mostly male) Jews from a multitude of backgrounds, both religious and not. Over the course of the holiday, the pilgrims jostle for space near Nachman’s grave, pray in a multitude of minyans and eat in large communal spaces.

Though only a few hundred Jews live in Uman year-round, there has been an explosion in Jewish infrastructure built to accommodate the visitors — including numerous kosher eateries, more than two-dozen hotels, and street signs in Hebrew. Visitors now come even at times of the year besides Rosh Hashanah.

The growth has proved to be a major economic engine for Uman, but it has also led to problems, including acts of violence and anti-Jewish vandalism. The Israeli police force now dispatches officers annually to Uman to help keep the peace.

Famous for his sayings, stories and charisma, this Hasidic leader inspired a movement that is still vibrant today.

The Man Who Forbade Sadness 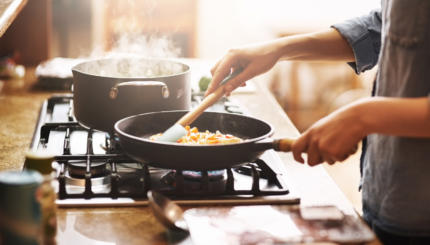 Prohibitions on activities on the Jewish new year are similar to Shabbat, but with a few important differences.